Dominique Strauss-Kahn is surrounded by rumors. The influential head of no less influential IMF has been accused of raping a maid in a hotel in the U.S. followed by the accusations of organizing an underground network of sex services. But the charges were later dropped. So who is he, Dominique Strauss-Kahn - a dangerous offender or a victim of foreign intelligence agencies?

The investigation of the case against the former head of the International Monetary Fund Dominique Strauss-Kahn may be finished for lack of evidence. Prosecutors of Lille city on June 4th 2013 in a draft document drawn up on the basis of the investigation recommended acquitting the suspect of all the charges.

This document was submitted to the Prosecutor General of Douai leading the investigation. In the coming days, he is to examine the arguments of Lille prosecutor's office and decide the fate of the case. The final conclusions will be expected next week.

The scandal involving prostitution in Lille upscale hotel "Carlton" broke out late last year. French police intercepted correspondence between Mr. Strauss-Kahn and an arrested pimp. The former French presidential candidate was accused of using the services of prostitutes and being a regular participant in scandalous parties in Lille, Paris, Washington and other major cities. The investigators suspected that Dominique Strauss-Kahn was involved in the organization of the underground network of sexual services. 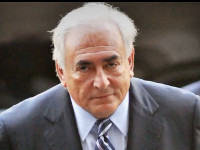 A year earlier, Dominique Strauss-Kahn was involved in another high-profile case that also fell apart. However, the main objectives were achieved, and he withdrew his candidacy from the presidential elections and stepped down as head of the IMF.

In 2011, Strauss-Kahn was going to participate in the presidential elections in France. The head of the IMF was considered the main favorite in the race for the presidential seat. The position of Nicolas Sarkozy was weak at the time. However, Dominique Strauss-Kahn did not get a chance to win. In May of 2011, he was accused of raping a maid at Sofitel New York, a 32-year-old immigrant from Guinea Nafissatu Diallo. A scandal broke out. Strauss-Kahn had to resign as head of the IMF, and withdraw from the election.

However, investigators were unable to prove that the official was guilty. Perhaps, this was not even necessary. Most importantly, the court showdown buried the political career of Mr. Strauss-Kahn, and he was caught up in unnecessary litigation. Later, a French writer Tristan Banon also accused the former head of the IMF of rape, but did not succeed in proving his fault.

Numerous questions remain in the case of rape, but it is worthy of note that security services around the world consider an attempted rape to be the easiest way to discredit a person.

Details of the rape story look rather strange. This fact leaves only one feeling - Dominique Strauss-Kahn was framed. But by whom? Let us analyze.

A report prepared by the American police described that the accused rushed to the room where the maid was cleaning, dragged her into the bedroom, and threw her on the bed. She escaped, but he caught her in the bathroom, locked the door with a key and forced her to perform oral sex. This sounds like a scene from a low-grade movie and not an excerpt from a police report describing the attack by the head of IMF on a dark-skinned maid of Sofitel.

It sounds bizarre, but the police said that after satisfying his needs, the official left the hotel, leaving his cell phone in the room. He called the hotel from the airport and asked whether they found his phone. Would he do it if he indeed committed a crime? After all, had Strauss-Kahn not told the hotel security that he was in the airport he would have quietly flown to France where he would be inaccessible to the American police. A couple of minutes before take-off Strauss-Kahn was removed from the flight and sent to jail, where he was treated like a notorious criminal.

These events occurred a month before Strauss-Kahn was supposed to announce his intention to run for presidency. The socialist was considered the main favorite of the race and had all the chances to become the master of the Elysee Palace. However, this did not happen. He was released on bail only after he refused to run for presidency. Many experts immediately realized that Dominique Strauss-Kahn was a victim of a well-planned political conspiracy. According to the polls held at the time, 67 percent of the French thought so. But who planned it all?

The French still remember an incident that took place in 2009 at the summit of G20 in Pittsburgh. Then, Strauss-Kahn faced Sarkozy in the bathroom and said that he was sick and tired of his shameless interference in his private life and various threats to publish compromising documents and photos. He added that he knew who initiated the dirty campaign against him and urged Sarkozy to stop.

According to experts, Dominique Strauss-Kahn broke his tacit agreement with Sarkozy who nominated his candidacy for the head of the IMF, hoping that out of gratitude he would not take part in French politics. Then it was a beautiful and clever move on Sarkozy's part as he got rid of a serious opponent.

Therefore, the fact that Sarkozy took part in the farce against Strauss-Kahn causes no doubt. He always had the ability to eliminate political opponents. However, could Sarkozy handle the task on his own?

On April 3rd, 2011 Strauss-Kahn stated that "Washington consensus" favorable for the U.S. economic system has collapsed. The head of the IMF called on the world to abandon the U.S. dollar as the global reserve currency. Of course, such statements could not please the American establishment. A month later, the American police accused Strauss-Kahn of rape and detained him. Sex scandals are a favorite weapon of the Americans in the political struggle. Such scandals are treated with scrutiny in the United States. Their organization is easy, as secret services agents are taught this in the first classes of intelligence schools.

The United States also did not like the forecasts of the then head of the IMF Dominique Strauss-Kahn. According to him, in 2016 China's GDP would reach 18.2 trillion dollars, while the U.S. GDP will be only 18.06 trillion. Simply put, Strauss-Kahn predicted that China would move the United States and will become the economic leader not in 2040, as promised earlier, but 24 years earlier.

Such statements on the backdrop of the Chinese-American confrontation and the ever-increasing U.S. debt have turned out to be very painful. The United States had to show Dominique Strauss-Kahn his place and shut him up. Blaming a loving Frenchman of rape was easy. Moreover, in France, the idea was readily supported by President Sarkozy. In addition, Washington was not interested in the change of the French leadership. After all, Sarkozy was nicknamed "Sarko-American" for his pronounced Atlantic course. Dominique Strauss-Kahn was not that agreeable, and it was decided to eliminate the uncomfortable politician for a while. U.S. intelligence agencies have done their job well.

Senior officials are not accused of mortal sins without reason. One should always try to answer who benefits from it.