Estonia has gone paranoid with its Russophobia 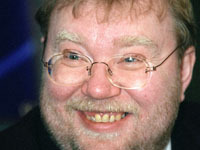 Estonia is ready to repulse Russia's aggression, just like Georgia "stopped" the march of Russian troops in 2008. Moreover, the Estonians have started training guerrilla troops, Mart Laar, the Defense Minister of Estonia said.

On July 6, the Estonian politician answered questions from Delfi website. There was a question from an ideologically biased individual, who claimed that Russia had done a lot of evil to the Baltic States. The person also said that Russia was strongly determined to occupy Estonia again. He asked the defense minister what the Estonian authorities were doing not to let Russia attack the country.

"Modern tanks can develop the speed of over 100 km/h. It would take them two or three hours to travel from Russia's Pskov to Estonia's Tallinn. How is the Estonian army going to stop the offensive of 50 Russian, and not only Russian tanks, against Tallinn?" the horrified author of the question said.

Mr. Laar, who has previously served as an advisor to Georgian President Mikhail Saakashvili, responded:

"If Georgia could manage to stop the Russian tanks on the 90-kilometer path between Tskhinvali and Tbilisi, why couldn't Estonia do the same? The abilities of our armed forces, as well as our plans, give us such an opportunity. Adequate preparations have been conducted. The use of directional charges, roadblocks, and explosion of bridges can create serious obstacles for the tanks," the minister said.

Afterwards, the minister answered a number of other questions on the subject of how to escape Russia's aggression. Is Estonia training guerrilla troops? How quickly can Estonian forces be mobilized? Laar answered all of those questions, one after another.

"I can confirm that the adequate training of guerrilla troops has been launched...Estonia has real and concrete plans for mobilization. We have arms and ammo for reservists too," the minister said.

To confirm his words about the importance of guerrilla warfare, Mr. Laar partook in the events to celebrate the 70th anniversary of the battles between Estonian guerrillas and NKVD troops. On July 4th 1941, anti-Soviet Estonians were going to welcome the offensive of Nazi troops. A battalion of NKVD was sent to suppress the guerrillas' resistance. Sixty-eight Estonians were killed in the battles.

The Defense Minister of Estonia glorified those who killed NKVD military men. "The battle was not pointless, because today we can stand here like free people, in free Estonia. Now we know that there is no freedom without fighting. Today, Estonia will respond to any attack, because this is the price of our freedom," Laar said.

It appears that Estonian politicians have been preoccupied with the phantom of Russian aggression for years already. According to WikiLeaks, the US Embassy in Tallinn sent a report to Washington saying that Estonia started to strengthen its defensive potential after the war in South Ossetia in 2008. It can be seen from the text of the report that US diplomats are making fun of Estonia's paranoid Russophobia.

"While Estonia works to temper its political stance on Russia, its defensive posture emphasizes internal defensive capabilities, based on an almost-paranoid perception of an imminent Russian attack. The GOE's new ten-year Defense Development Plan (DDP) for 2009-2018, published in January, was finalized after Russia's 2008 invasion of Georgia," the report said.

"While the DDP is consistent with NATO collective defense priorities, it also clearly reflects defense planners' intent to expand development of territorial and initial defense capabilities. The DDP calls for Estonia to invest in improvements to early warning assets, air defense, anti- tank, and armored maneuver capabilities to discourage aggression and to improve capabilities to support Article V contingency operations. The DDP retains conscription, expands the size of both the active duty and reserve forces and significantly increases the quantity and quality of reserve training," US officials wrote.

It appears that US diplomats have studied the psychology of their Baltic satellites very well. There are plenty of examples to show how Estonia is concerned about the military threat from Russia. Estonia caused quite a commotion after France announced an intention to sell Mistral helicopter carriers to Russia.

"We will discuss that at the EU commission for strategic purchases, what exactly France is going to sell to Russia," Estonia's Foreign Minister Urmas Paet said in November 2009. "Estonia continues to follow the events in the defense field. We continue to take necessary measures to strengthen defense both in the region and in the alliance in general," officials representing the nation's defense ministry said in March 2010.

In April 2010, Estonian newspaper Eesti Ekspress wrote an article, in which it was offered to literally destroy Russian Misrals at sea. According to the newspaper, Estonia could attack the ship with French Exocet or Swedish RBS-15 missiles. Another plan stipulated the blockade of the exit from the Gulf of Finland. There was another option offered too - to use mines and torpedoes.

However, no politician in Estonia has ever been able to prove that Russia was planning to attack Estonia. Is there anything special in Estonia? Oil, gas or mineral resources? High technologies? Mart Laar, who served as Estonia's Prime Minister in the beginning of the 1990s, created the ideological concept of Russia as "eternal enemy." It seems that Mr. Laar started to believe what he was saying during the years.

Indeed, Estonia has been deliberately creating the atmosphere of Russophobe schizophrenia. Estonia can not boast of any economic achievements. The country is simply unable to catch up with the living standard of its another neighbor - Finland. They just keep on looking for the Russian enemy everywhere.

Russia has a number of questions to ask Estonia. It goes about the position of the Russian-speaking population in Estonia and the glorification of Nazism, for example. In addition, Estonia has not signed the Treaty of Conventional Forces in Europe. NATO aircraft periodically make an incursion into Russian air space as they patrol the Russian-Estonian border. The number of military drills in the Baltic States has increased recently as well.

Estonia prefers not to answer all these questions. Instead, the authorities of this country continue to frighten their people with the mythical Russian threat.