Ukraine’s new President, Viktor Yanukovich, is the center of attention among the observers of eastern Europe, who are trying to categorize him as being pro-Russia or pro-West. This approach smacks of Cold War undertones. Two questions: When are they going to let the Cold war drop and suppose Viktor Yanukovich does neither, or both? 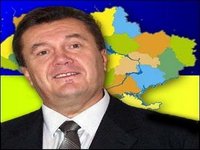 Unfortunate as it may appear to many Western opinion makers who make a living out of taking pot-shots at Moscow and its Government, the Russian Federation is not the antithesis or the Nemesis of the European Union, Western Europe or the United States of America. Therefore any talk of Ukraine’s newly-elected President Viktor Yanukovich swaying towards Moscow and away from Europe is as nonsensical as is the notion that if you are with Moscow, you are against the West.

The outgoing President Viktor Yushchenko ended his last days in office with the sort of diatribes which saw him getting 5 per cent of the vote, declaring that Yanukovich is a Kremlin project. Had Yushchenko the Orange darling spent more time concentrating on the economy of his country and less on hysterical and provocative anti-Russian brinksmanship, his political legacy might have been a tad happier than his epitaph reads: an abject failure who led his country into a five-year void and who ended his days electing a Fascist and Racist Nazi collaborator as a National Hero. He may as well have claimed Himmler was Ukrainian and dedicated a statue to him in Independence Square.

First and foremost, Viktor Yanukovich was elected President of Ukraine by the Ukrainians, and rather than veering to the West or to the East, he promises, in his own words, to follow “a balanced and pragmatic” foreign policy. Yet it is in domestic policy where the hearts and minds of the voters lie, and as President Clinton pointed out, “It’s the economy, stupid!”

Five years of bickering between Yushchenko and Yulia Timoshenko led to political deadlock at a time when Ukraine least needed it, a time when sensible leadership and fence-mending are the order of the day, not fence-building.

In his domestic policy, Viktor Yanukovich promises to avoid confrontation and work towards unification of the Ukrainian political capital to work together towards the development of the economy. In an interview to the Wall Street Journal, Europe, Ukraine’s new President declared that his election campaign “Ukraine for the People” is “a deep and comprehensive plan that clearly specifies how to achieve social and economic progress”.

It is here where he will start and once the political chaos has died down and the country starts moving forward, Ukraine can take advantage of its geographical position between Russia and western Europe and become very much a major player in both fields, establishing strong ties with both and being biased towards neither.

To do this, a Yanukovich Presidency will concentrate on building the economy from within, creating jobs, stabilising prices, fixing reasonable levels of wages and pensions, attacking corruption and preparing the ground for attracting foreign investment.

Having stabilised the economy, in a second term, he may review Ukraine’s pretensions of joining the European Union while at the same time becoming a bridge between West and East but putting Ukraine and the Ukrainians first. After all, that was what he was elected to do and this is what he will set out to begin upon his inauguration, set for February 25.