On November 22, two notifications about the demolition of monuments symbolizing the country’s past as a part of the Russian Empire and the Soviet Union were received from Uzbekistan, a former Soviet republic in Central Asia. First, the Tashkent Monument to Defender of Motherland was removed, followed by the building of the former Orthodox church of Alexander Nevsky. 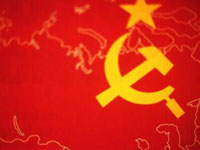 During the demolition of the monument erected in the Park of Military Fame 36 years ago, the busts of Soviet military commanders disappeared as well. All military equipment, including planes, Katyusha multiple rocket launchers, tanks, rockets, and cannons, was also removed from the park. The park is to be reconstructed, but there is no information on whether the military equipment is coming back.

According to a representative of an Uzbek military department, the equipment displayed in the park contradicted the contents of the exposition of the Uzbekistan Museum of Armed Forces located nearby. The museum displayed objects of military art of the peoples of the Central Asia, and samples of military equipment used by the contemporary Uzbek Army.

Later, another monument was demolished, the building of the former church of Alexander Nevsky built in 1898 by Aleksei Benua. The domes were removed from the church back in Soviet times. The building was first used as a public library, and after the collapse of the USSR it was occupied by commercial banks.

It is worth mentioning that in July, Uzbek officials refused to be a part of the Collective Rapid Response Forces (CRRF) created by the Collective Security Treaty Organization (CSTO).

Also, in October, the EU made a decision to lift sanctions from Uzbekistan introduced four years ago due to violent suppression of riots in Andizhan. According to unconfirmed information, Tashkent is prepared to allow the US soldiers to come back to the base in Khanabad where they were removed from four years ago.

The demolition of monuments might be another proof of Uzbekistan turning its face to the West. Pravda.ru interviewed Andrei Grozin, Head of the Department of Central Asia and Kazakhstan at the Institute for CIS countries to find out.

“The actions of the Uzbek officials look like a challenge. Yet, if we were to analyze their behavior since the collapse of the USSR, we would have observed nothing strange. Tashkent was initially determined to eliminate everything linked to the Soviet past.

Another interesting thing: Uzbekistan is the only Central Asian country that has a museum of occupation. It would be easy to understand if we were talking about the Baltic countries and Georgia, but it is surprising for Uzbekistan that collaborated with Russia on many issues, including CSTO.

The museum displays exhibits not only from the Soviet period but also from the times of the Russian Empire. They start with the travels of Prince Alexander Bekovich - Cherkassky to Indiain 1714–1717, whose division was treacherously attacked and demolished by the troops of Khiva Khan. The current Uzbek propaganda presents this event as the first fact of Russia’s aggression against Uzbekistan.

The events of 1916, when anti-Russia revolt was raised and Russian population was eradicated are presented as a “national liberation revolt of the Uzbek people against Russian despotism".

At that time the Uzbek nation has not yet been shaped and was, in fact, a group of heterogeneous tribes and governmental formations like Khanate of Bukhara and Khanate if Khiva fighting with each other. The new nationality appeared later, in the times of the USSR.

A significant part of the exhibition is devoted to the Soviet period, including suppression of the basmachi and victimization of intelligentsia during Stalin times. However, there is no information showing that the repressions were largely provoked by the actions of the Uzbek elite.

At the time several clans were fighting for power. Anti-sovietism denouncements from both clans were sent from Uzbekistan to Moscow.

It is striking that less than a normal-sized mount is devoted to the events of 1950-1980s. Obviously, there is some information about the environmental Catastrophe of the Aral Sea. However, all it says is that there was an order from Moscow to plant cotton, and there were the sacrifices of the water of the Amu Darya and the Syr Darya rivers.

There is no information indicating that the Uzbek officials led by the First Secretary Sharaf Rashidov insisted on planting that cotton in order to outshine other republics’ achievements.

Of course, the museum provides no information about Soviet “occupants” restoring Tashkent after the disastrous earthquake of 1966. If it had not been for Moscow, that virtually created the Uzbek economy, Uzbekistan today would be no better off than Afghanistan.

Demolition of the monuments erected in Uzbekistan before 1991 was suspended after the events of 2005, when Tashkent violently suppressed mass riots in Andizhan. Karimov and his people were facing serious consequences from the West, not excluding the Haag tribunal. If it had not been for Russia, the Uzbek leader could have shared Milosevic’s fate.

Now, when the West warmed up to Uzbekistan, the demolition of the Soviet and Russian Empire monuments continued.

The said warming of the relationship was caused by two reasons. We will call them energy resources and Afghanistan. The first one is explained by Europe’s need in Uzbek gas.

The second one is related to the importance of the “Northern transit” (the rout used by NATO to supply its troops) in the light of the Taliban revitalization. Uzbekistan is important because it serves as a transfer site.

However, political maneuvers of Tashkent are not stable and unsophisticated. I would not be surprised if tomorrow the Uzbek government decided to aim at China and then at Russia again.”