"Russia is a U.S. partner in important initiatives such as securing fissile material and combating nuclear terrorism, but it may continue to seek avenues for reasserting power and influence in ways that complicate U.S. interests,” a report from the US National Intelligence Strategy said. 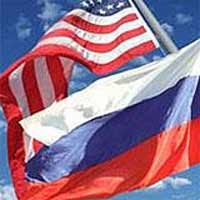 The authors of the report also said that Russia’s potential threat to the United States did not exclude normal partnership relations between the two countries.

“There also may be opportunities for cooperation with many nation-states, including those cited above, in support of common interests that include promoting rule of law, representative government, free and fair trade, energy, and redress of troublesome transnational issues," the report said.

It most likely goes about Russia’s cooperation in the regulation of the nuclear program issue in North Korea and Iran.

For the first time, enhancing cyber security was included in the list of national priorities. Though the document itself did not name any particular country that could be "a cyber threat," Director of National Intelligence Dennis Blair mentioned Russia and China in connection with the issue, RIA Novosti news agency reports.

"China is very aggressive in the cyber-world, so too is Russia and others," he said.

Russian scientists of politics said in connection with the report that the United States did not understand Russia.

Leonid Gruk, a senior spokesman for the Center of Social and Political Studies of Latin America, said that the US administration would obviously like to see Russia as a partner on many issues.

“They formally need a partner, because the geographical structure of all military operations in the United States stipulates a part of its cargo transportation via Russia. However, like it was during the Cold War era, the USA is unable to understand Russia’s policies. They can not determine the direction of Russia’s home politics. It raises concerns with the US administration,” the specialist said.

It is worthy of note that the United States spends $75 billion on intelligence every year. The amount, Dennis Blair said, stipulates the funding of all 16 special services of the nation.

The National Intelligence Strategy was established in 2005 to monitor the activities of all intelligence services of the United States after they had failed to prevent the 9/11 terrorist attacks and give the correct conclusion about the existence of weapons of mass destruction in Iraq.

Also read: Russia will never give up its deterrent forces