Obama believes he actually can put lipstick on a pig

The USA will retain court-martial rules against terrorist suspects. The court-martial system was established during George W. Bush’s stay at power for pending the cases of the suspects detained on suspicion of terrorism after September 11, 2001. The system virtually covered the illegal activities of the CIA, which used tortures against the suspects in secret prisons. Obama harshly criticized the use of courts-martial during his pre-election campaign, but now it seems that he took a different stance on the subject. 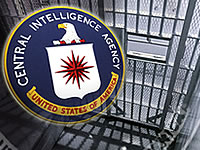 Obama believes he actually can put lipstick on a pig

Obama ordered to suspend the work of the Guantanamo prison soon after taking office. It seemed to the world that Obama’s decision marked the new era in the field of human rights. However, it looks like Obama has run out of his spirit of the reformer, especially when it comes to his resistance to the CIA, which many Americans refer to as “a state within a state.”

Making an announcement to resume the work of courts-martial in the Guantanamo prison, Obama said that the work of the commissions would be resumed with several changes.

"First, statements that have been obtained from detainees using cruel, inhuman and degrading interrogation methods will no longer be admitted as evidence at trial. Second, the use of hearsay will be limited, so that the burden will no longer be on the party who objects to hearsay to disprove its reliability,” Obama said in a statement.

Obama’s “changes” did not convince human rights organizations of the fact that the president was capable of establishing law and order in the field of human rights. Obama has virtually broken the promises of his pre-election campaign, when he harshly condemned the work of courts-martial in the Guantanamo Bay prison.

“The Obama administration's adoption of the stonewalling tactics and opaque policies of the Bush administration flies in the face of the president's stated desire to restore the rule of law, to revive our moral standing in the world and to lead a transparent government," said ACLU executive director Anthony Romero.

The official added that it would be absurd to retrieve the system of courts-martial since they had already proved to be powerless. Romero advised Obama should recollect his own words, which he said during the pre-election campaign: “You can’t put lipstick on a pig.”

Obama’s decision to resume the work of courts-martial came shortly after his decision to ban the publication of new photographs depicting the use of tortures by US servicemen against Iraqi and Afghani detainees. The two decisions sparked criticism from human rights organizations and many members of the Democratic Party.

There were politicians, though, who welcomed Obama’s two decisions and said that they marked the continuation of the tough course of the previous US administration. Former Vice President Dick Cheney said in an interview that the use of cruel methods of interrogation helped prevent a number of terrorist acts.

Cheney said that the US administration had saved the lives of thousands and even maybe hundreds of thousands of people with the help of tortures.

Many in the United States condemn tortures against terrorist suspects, whereas many others believe that it could be possible to sacrifice civil liberties for the sake of the anti-terrorist struggle. As for the CIA, the CIA keeps silent. The CIA prefers not to advertise its victories; it would rather put lipstick on a pig instead.