At approximately 23:00 in the eastern United States, Senator Barack Obama was officially declared winner of the 2008 presidential election, becoming the first African American President of the United States. As the returns became known, Senator Obama passed milestone after milestone, winning Ohio, Pennsylvania, New Hampshire, Iowa and New Mexico — many Americans went out into the streets to celebrate, with  understandable and unrestrained exhilaration. 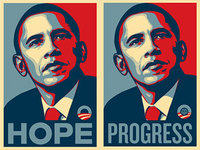 There was an abundance of tears and cheers as the nation and the world rejoiced. The history of the civil rights movement was paraded on television screens along with the words and image of Dr. Martin Luther King. Barack Obama becomes the 44th President of the United States.

The day began portentously, glistening with history. Voters began lining up very early in the morning while it was still dark, hours before polls opened, to take part in the culmination of a campaign that, over the course of two years, commanded an extraordinary amount of attention from the American and world public. Throughout the voting process, both on Election Day and the early election period, records were broken in an unprecedented voter turnout.

Obama ran a flawless election campaign. Every spare moment at the end of the campaign, Barack Obama humbly sought the advice of those who could help him forge a path to solve the country’s problems as he realized that the job of President was going to be his. The enormity of the task ahead was visible in the President-Elect’s countenance before, during and after his victory speech.

People were hugging each other and crying. Excitement was in the air. John McCain made an uncharacteristically gracious concession speech offering his support to the victor, as the humbled face of Sarah Palin tearfully looked on from her location in Alaska. At this point the statistics are meaningless and not yet completely tallied. Whatever happens, the United States is a better place for what has happened tonight.

It is an extraordinary and awesome moment in American and world history. The man who has convinced his country that "Yes We Can" will lead the way…hopefully to a peaceful and better future for all, no matter their race, creed, nationality or economic status.

"If there is anyone out there who still doubts that America is a place where all things are possible; who still wonders if the dream of our founders is alive in our time; who still questions the power of our democracy, tonight is your answer.

It's the answer told by lines that stretched around schools and churches in numbers this nation has never seen; by people who waited three hours and four hours, many for the very first time in their lives, because they believed that this time must be different; that their voice could be that difference.

It's the answer spoken by young and old, rich and poor, Democrat and Republican, black, white, Latino, Asian, Native American, gay, straight, disabled and not disabled – Americans who sent a message to the world that we have never been a collection of Red States and Blue States: we are, and always will be, the United States of America.

It's the answer that led those who have been told for so long by so many to be cynical, and fearful, and doubtful of what we can achieve to put their hands on the arc of history and bend it once more toward the hope of a better day.

It's been a long time coming, but tonight, because of what we did on this day, in this election, at this defining moment, change has come to America…"