Portugal is added to the list of countries that completely disregard international law, crawling at the feet of their Lord and master, the United States of America, following in servile and cowardly form the dictates of Washington, without backbone, without character. Perhaps will Portugal now want to see international support to movements of independence on its territory? Does this government want to see Guimaraes joined with Spain? Kosovo is the cradle of the Serbian nation, it is Serbian and it will always be. The "recognition" of Portugal does not alter anything. 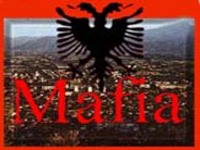 The decision to recognize the “independence” of Kosovo was announced last week by the Portuguese government. In the end, Lisbon finally shows the color of its teeth, joining up in a cowardly way to the sycophantic clique of Washington, disregarding international law, disregarding every fiber of the rules of diplomacy in place from 1648 (Westphalia) to ensure the recognition of internationally accepted borders, reiterated in Helsinki and the UNO for decades.

By recognizing the "independence" of Kosovo, Portugal shows that either it is completely unaware of the rules of international law, or knows them but pretends not to recognize them, preferring to bend over at the feet of Washington, to be trampled on, to get into bed and take it with full force.

There is no document anywhere that establishes the right to independence of Kosovo, where Albanian terrorists of the KLA mounted acts of provocation and murder against Serb civilians. To recognize the independence of Kosovo is give an endorsement to these terrorists, it is to give them a pat on the back for terrorism and it acknowledges that, after all, the law is there to be broken.

The "recognition" of Portugal does not make Kosovo a country but makes Portugal, yes, a member of the group of pariah states that henceforth, will have no right to give their views on any matter that is related to the rule of law, because they broke it. The "recognition" of Kosovo is equal to the "recognition" of the right of the crazy one who lives under the bridge to sell pieces of Saturn.

Portuguese diplomacy has just descended down a vile, low and disgusting level. What a shame!