While Republican Mitt Romney took a commanding 52.3% of the vote in Nevada, the finish for the other contenders was interesting and remarkable. Coming in second was Ron Paul with 13%, followed by John McCain with 12.7. Mike Huckabee and Rudy Guiliani only came in with single digit numbers at 7.8% and 4.3%. 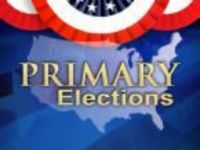 Republican candidates had largely ignored the state in their campaigns, investing their efforts for the upcoming primary in North Carolina instead. Candidates who have spent the most time campaigning in Nevada were Mr. Romney and Mr. Paul. An early poll in December showed Giuliani in first place with 25 percent, followed by Mitt Romney with 20 percent. There was a total of 34 delegates at stake.

The Democratic caucus yielded considerable controversy regarding delegates. Hillary Clinton managed to obtain the largest number of actual votes 50.7% ( 5,302 ), and Barak Obama received 45.1 ( 4,717). Many agencies and Mr. Obama’s camp reported that he took 13 delegates to Mrs. Clinton’s 12, but the Clinton camp and other agencies reported that information in reverse, saying that Clinton received 13 and Obama 12. Ultimately the final tally will take place in April. John Edwards finished with only 4.18%. His dismal finish will make his win in his home state of North Carolina imperative if he expects to remain in the race.

It will also be necessary for Mr. Obama to have a strong showing in the North Carolina primary before Super Tuesday on February 5.

The vote in South Carolina was considerably less controversial. Mike Huckabee was leading the polls in December, and political observers were anticipating a close race between him and Mr. McCain. Immigration has been the big issue for Republicans. Independents were allowed to vote in the South Carolina primary.

Senator McCain repelled the challenge by Mike Huckabee to win the South Carolina primary, overcoming an attack-filled primary campaign that had seemingly derailed his presidential hopes as he struggled to compete for campaign finances. Mr. McCain’s victory in South Carolina, on top of his win earlier this month in New Hampshire, crowned a remarkable comeback for a campaign that was all but written off six months ago. He won with 33% of the vote, just ahead of Mr. Huckabee’s 30%.

Democrats do not have their primary until January 26th in South Carolina. Republican Duncan Hunter dropped out of the race after results were tallied.