The miracle did not happen. In the morning of February 9, the Court of Arbitration for Sport (CAS) announced that it was dismissing the appeals from 47 Russian athletes against the International Olympic Committee (IOC). The athletes were in a dispute regarding the decision of the IOC not to invite them to participate in the Games in Pyeongchang. The judges decided that there was nothing to abolish because the IOC did not apply sanctions against the Russians, but distributed gifts in the form of invitations instead. A nice game of words, behind which both the IOC and WADA with their dirty deeds could hide comfortably. 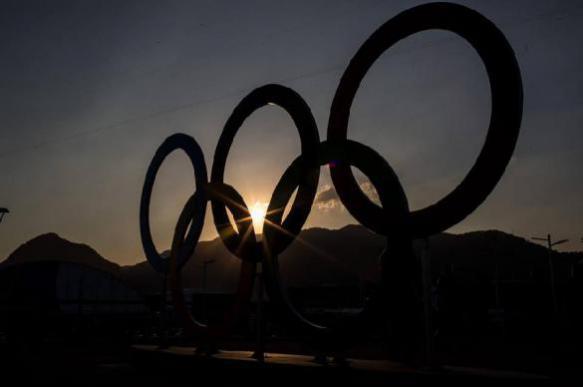 The IOC firmly believed that only clean Russian athletes would be able to take part in the winter Olympics in Pyeongchang. However, we will see plenty of "unclean" athletes in South Korea, albeit from other countries.

Suffice it to recall German biathlonist Denise Herrmann and Polish skier Poland Justyna Kowalczyk. Both of them had been caught in doping. Christopher Del Bosco of Canada will perform in ski-cross, even though his doping test showed traces of marijuana. The position of the IOC is two-faced and cynical, and its slogans about the purity of sports are needed for something else.

Elite sports have been corrupt with doping for many years, and WADA would have been set up otherwise. Big sport events always mean big money involved. How easier is it for IOC and WADA officials to make champions of the people, who had their medals supported with a nice and special thank you from sponsors? Suspending competitors appears to be a great favour to do.

Russia a convenient target for WADA and IOC

Russia turned out to be a very convenient target. First off, Russian athletes would always win whole baskets of medals at all Olympic competitions. Secondly, Russia remains under the sanctions of Western countries, which means that no one will stand up for Russia, and we can see it with our own eyes. This is not conspiracy - this is plain business.

Most importantly, one can never find the one who bears the blame. When WADA president Craig Reedie was asked whether he would like to leave his cozy office after CAS proved the innocence of the Russians, implying that WADA had soiled itself, Reedie simply said that WADA had nothing to do with it and shifted the blame for the IOC.

Why is WADA so obsessed with Russian athletes only? Why not check athletes from other countries, the Norwegians, for example?

The Norwegian Broadcasting Corporation (NRK), announced without any hesitation that the national team of Norway took bags of different medications for asthma to South Korea. In particular, it goes about more than 6,000 doses! There are sick athletes in other teams, but the Swedes, the Finns and the Germans hope to get by with a considerably lower amount of doses. Interestingly, journalists of Swedish SVT television channel established that since 1992, Norwegian asthmatic athletes had won every seven out of ten Olympic medals since 1992.

In Russia, children with asthma are not allowed to sports training on the level of youth sports schools. It is hard to make champions out of sick children, whose lives depend on medications. One may assume that Norway has a different approach to children's sports, implicating that the Norwegians are good at bypassing anti-doping rules.

At the end of last summer, Norwegian TV channel T2 aired a report, in which former skiers of the national team said that doctors had over-medicalised them with asthma medications for prophylactic purposes. It is an open secret that regular intake of such drugs contributes to muscle growth. Famous skier Martin Sundby will apparently be the first one, who will need many doses of asthma drugs in Pyeongchang. The Olympic medalist was taking the medicine for anabolic and fat burning effects.

It has been 1.5 years since January 2015 till the time when Sundby was "punished" for his rampant craving for drugs. Yet, Sundby was taking medications, collecting the money and winning the medals and that his is probably proud of. He had to return some afterwards, but the most ridiculous part of the whole story is that it took CAS a whole winter to study Sundby's addiction, but the Court of Arbitration for Sport eventually suspended the Norwegian skier for two summer (!) months. How absurd is that?

There are many loopholes in anti-doping rules. A number of drugs for the treatment of asthma have anabolic effect, only their dosage is limited. It is believed that athletes take the amount of drugs required not to let them die on the track. However,  Sundby's example speaks of the opposite, and his story is not the only one!

WADA has the list of the athletes, who have therapeutic exceptions, and are therefore allowed to take blacklisted drugs. Yet, WADA cherishes that list like the apple of the eye: medical secret, personal life, and so on and so forth.

The names of those athletes surface incidentally. In September 2016, Fancy Bears hackers exposed  WADA documents, from which it became clear that the success of four Olympic champions from the United States may have medical, rather than sports reasons. The famous Williams sisters (tennis), Elena Delle Donne (basketball) and Simone Biles (gymnastics) thus found themselves in the spotlight.

Simone Biles claimed that she was taking the drugs because she had been treating her attention deficit hyperactivity syndrome since childhood. And it helped! During the Olympic Games in Rio,  Simone won five medals (four gold) out of six possible. Psychostimulant methylphenidate normalises dispersed attention. The drug is banned in Russia, as well as in many other countries, the drug appears on the WADA blacklist, but they made an exception for the US athlete.

Even though hacking is a serious crime, but no athlete was punished after the publication of all those documents.

In 2016, the last Olympic year, athletes were given 2175 permits to take forbidden fruits of pharmacology. Here is the top three countries where therapeutic exclusions have been commonplace: USA (398), Italy (372), France (207). Russian athletes received 15 permits (last year we had 22 of them).

Already this year, hackers from Fancy Bears pleased the sports community with new revelations about IOC and WADA functionaries. Their correspondence revealed that the ultimate goal for Richard McLaren and his commission was to rid the IOC leadership of Europeans.

A portion of new documents released two days ago showed that the Canadian government decided to lay hands on Olympic medals. They came up with a special program to remove serious competitors in the person of Russian athletes. Richard McClaren was involved in the implementation of the program. What an enterprising man he is indeed.

Today, it does not really matter who wins the Pyeongchang Olympics. The 2018 Winter Games have become most scandalous Olympic Games long before they began. Ridiculous statements and actions from the head of the IOC Thomas Bach and the head of WADA Craig Reedie have left the  whole world bewildered about the significance of the Olympic movement that they lead.