IOC, like feudal lord, decides whom of its slaves can be admitted to the Games

The opening ceremony of the 2018 Winter Olympic Games in Pyeongchang is to begin on Friday, February 9, at 14:00 MSK. One hundred and sixty-eight athletes from Russia will take part in the Games for sure, but their quantity may increase. 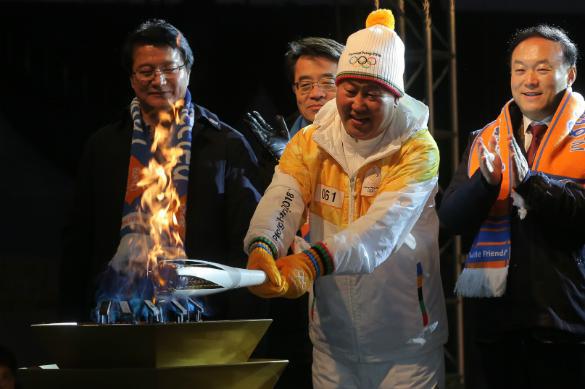 The second hearing of the panel of the Court of Arbitration for Sport (CAS) was held on Feb. 8. For the time of the Olympics, judges stay in Pyeongchang. Today, they looked into the cases of 45 athletes and two coaches from Russia, who still have a chance to perform at the Games.

They received such an opportunity after the first meeting, at which the CAS issued a decision that came contrary to the position of the IOC, but the decision was consistent with common sense. Having not heard any evidence to establish the guilt of several Russian athletes, the CAS sustained their appeals. Afterwards, the Russian athletes appealed against the non-admission to the Olympics.

During the second hearing, CAS arbitrators considered the cases of 13 athletes and two coaches who had been acquitted. They also looked into the cases of 32 athletes who had never been suspected of violating anti-doping rules. None of them have received invitations from the IOC. They are stars of Russian sports - Anton Shipulin (biathlon), Victor An (speed skating) and Sergei Ustyugov (skier).

Which abbreviation is worse: CAS, WADA, or IOC?

Head coach of the Russian national luge team, Albert Demchenko, Tatyana Ivanova (sleigh) and Elena Nikitina (skeleton) had an opportunity to speak at the hearings. They told reporters later that they could not say anything about the hearings, and expressed a hope that common sense would prevail.

According to Albert Demchenko, CAS arbitrators have listened to all arguments of the Russians.

Earlier, skeletonist Elena Nikitina expressed the general idea of the outcast athletes. In an interview with R-Sport, she said that CAS made an independent and fair decision at first hearings contrary to that of the IOC, which gave the Russian athletes more confidence. The athlete also said that she would not mind moving into the Olympic Village even on the opening day of the Games.

The head of the Russian Bobsleigh Federation, Sergei Parkhomenko, said that Russian bobsleighers would fly to South Korea as soon as they are allowed to do so.

Nick Butler of Inside The Games shared insider information on Twitter. A reliable source, he wrote, informed him that the lawsuits from the Russian athletes would be sustained partially - some would be allowed to take part in the Games, but some others would not.

The World Anti-Doping Agency (WADA) and the IOC remain dissatisfied with the decision that CAS made during the first hearing. WADA officials said that the CAS verdict may cause anxiety and disappointment among athletes.

However, it was only the Germans, who publicly supported the decision of the International Olympic Committee not to admit even acquitted Russian athletes. The head of the German delegation, Dirk Schimmelpfennig, told Munchner Merkur that the IOC rightly sticks to its original opinion, and this comes as "an important signal about the equality of all athletes - a signal about the ongoing struggle against doping."

IOC President Thomas Bach stated that one needs to reform the CAS. All of a sudden, it turned out that the court in Lausanne makes the decisions that the IOC does not like, because the attacks against the Russian athletes were unfounded.

Vice president of the Curling Federation of Russia, Andrei Sozin, said that the IOC behaves like a feudal lord who chooses whom of his slaves can be admitted to the Olympics. Yet, the Russians do not agree with that role that someone wants them to play.