The meeting of the Executive Committee of the International Olympic Committee (IOC) took place on Tuesday in Lausanne, Switzerland. The meeting considered the issue of Russia's admission to the  Winter Olympic Games in South Korea that kick off in February 2018. 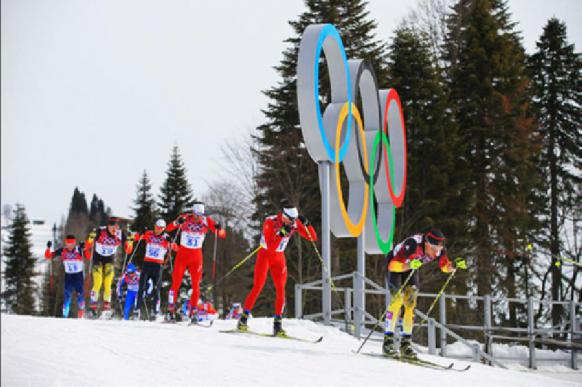 As a result of the meeting, the Russian Olympic Committee has been temporarily disqualified, whereas Russian athletes are allowed to compete at the Winter Games 2018 under a neutral flag.

At the same time, the Russian national team was suspended from the 2018 Olympics.

The IOC Executive Council also ruled that Russian athletes will be able to compete in individual or team sports as "Olympic athletes from Russia". They will perform under the Olympic flag, and the Olympic anthem will be played at ceremonies in their honour in case of their victories.

Participants of the Olympic Games from the Russian Federation will have to qualify for the competitions and meet a set of requirements that will be specifically set for them as "clean" athletes.

Former minister for sports, presently Vice Premier of the Russian Federation, Vitaly Mutko, and his ex-deputy Nagornykh have been barred from attending the Olympic Games for life.

The Russian Olympic Committee will also have to pay $15 million of fine to reimburse expenses that the IOC has incurred for investigations.

"It's about time we should whistle them in the ear to deafen them, and let them compete with each other," Julia Chepalova said, answering a question about Russia's suspension from the Winter Olympics in South Korea.

Julia Chepalova, Olympic skiing champion, told Pravda.Ru that a neutral status would be unacceptable for her. "I agree that there are sponsors and all kinds of obligations, but why should we be trampled? We are a huge country and can easily make our own Olympics, and let them sit there and be jealous," she stressed.

"This is a one-way street. I have been in those shoes, and I've seen people, who were told "that's white", but they respond - "no, that's black." They do not care less about it," said Julia Chepalova.

"Enough being supine before them. It's time to show our teeth. All try to be kind and loyal. It's about time we should whistle them in the ear to deafen them. We should boycott the Games, and we will see who suffers more," the Olympic champion in 1998, 2002 and 2006 told Pravda.Ru.

In 2009, Chepalova was disqualified at the Tour de Ski in France after she was tested positive for doping. Julia tried to prove her innocence for a long time, although to no avail. The same year, the athlete announced the end of her sports career.