Spain, FIFA Champion 2010, UEFA Champion 2008 and 2012, is out of the World Cup, together with Australia, a team which put up a great fight against the Netherlands, but losing 2-3, this means the Netherlands and Chile have guaranteed their passage to the last 16. Spain has a lot of introspection to do. Tiki-taka is dead. 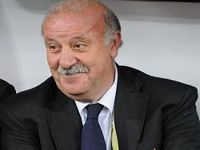 Australia had a fantastic first half, playing as equals with the Netherlands and blocking the Dutch midfield. It was the Netherlands however that opened the score when Robben latched on to a ball that was intercepted from the left, ran from the halfway line and fired with his left foot to the left of the keeper.

Australia's reaction was as immediate as it was amazing. Cahill made contact with his left foot, volleying home a cross from the right near the half-way line leaving Cillesen no chance. On 30' and 31' Bresciano and Spiranovic could have put Australia ahead with good chances but the first half ended badly, with Bruno Martins (Netherlands) behind stretchered off after a foul from Cahill, which earns him a one-match band for round 3.

In the second half, Australia went ahead, through a penalty from Jedinak on 54' but the Netherlands came back, with an equalizer from Van Persie on 58' and the winner, ten minutes later (Depay). Australia has lost two games and leaves FIFA 2014... but leaves a very positive impression for the future.

For the Netherlands, 2 games, 6 points, 8 goals scored... what more could one ask for? Is this the Year of the Orange?

Spain's Vicente del Bosque and his tiki-taka pupils had no answer for Chile today. The result is two games, seven goals against, one for (penalty), and an early exit from the World Cup. Spain has some serious introspection to do and one good idea would be to contract Portugal's José Mourinho to coach the side to their former glory. This would begin by retiring Iker Casillas. No disrespect meant for del Bosque... Did Spain play that badly? No. Do other teams know how to play against tiki-taka? Yes. Does Spain have a clue as to how to play another game? The answer, my friend, is...