Russia has taken the XXVII World University Summer Games in Kazan, the Universiade, by storm, taking a massive tally of 117 medals (China is second with 26) after six days of competition, 138 events of 351 completed - a fitting response to the Organising Committee's decision to provide modern Russia with its first multi-sports event running from July 6 to 17. 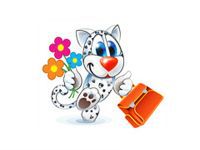 After the city of Kazan, capital of Tartarstan, announced its application to host the XXVII Universiade, or University Games, it received the approval of 20 of 27 FISU Executive Committee members. By June 2012, 27 of the 30 new sports venues were already being used and today there are a total of 64 buildings and facilities.

What is the mission of the Kazan Universiade? In the words of the organizing committee: "The mission of the Kazan 2013 Summer Universiade is to gather young athletes from all over the world in the city of unique multiethnic heritage. To continue Russian sport traditions, to become a launch pad for future generations of athletes. To make the life of Kazan citizens more diverse, interesting and convenient. To give Kazan citizens of all ages a possibility to play any kind of sport they like, to live a healthy life. To make a major contribution to the creation of Russia's positive image in the world".

The logo for this year's games is composed by a vertical composition containing the words Universiade', 'Kazan', 'Russia', '2013' and five stars of the International University Sports Federation. The emblem contains the Latin letter U centred on five stars representing the 5 continents (Africa, America, Asia, Europe, Oceania) and the design is based upon a tulip, an important element in local Tartar culture symbolizing revival.

The mascot is Uni, a snow leopard kitten which is winged, being the national symbol of the Republic of Tartarstan. The Universiade Motto is "U are the world.