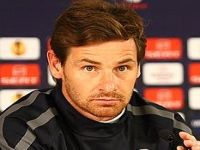 A price tag of some 100 million Euro seems not to deter PSG from prizing Tottenham star Gareth Bale (23) (Welsh international) away from London, which according to the gossips might also involve his manager, the Portuguese André Villas-Boas. Also said to be on his way Francewards from London is the Brazilian defender David Luiz, of Chelsea FC (also to PSG).

From Spain to London appears the move of Gonzalo Higuain (25, Argentine), but to Arsenal, not Chelsea, this to be approved by Ancelotti after he arrives at the Bernabeu Stadium. From England to Spain, the other direction, might be Luis Suarez, the Uruguayan striker at Liverpool, who claims he is upset at not having Champions league football nor fighting for the Premiership. And from London to Spain, perhaps Laurent Koscielny (27) from Arsenal to Barcelona. The centre-back is said to have a price tag of some 12 million Euro.

Nani is a target for Arsenal, but the French club Monaco is also linked to a move for the 26-year-old Portuguese Manchester United winger...

From Manchester City across the way from United, Carlos Tevez may be finally travelling to AC Milan who are selling Robinho to Brazilian club Santos. Kaka could also be heading home to Corinthians from Real Madrid. And from Milan to England, may be the move of Fredy Guarin (26, Colombian), from Inter to Tottenham Hotspur.