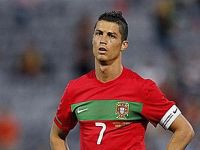 Cristiano Ronaldo chalked up what may well turn out to be the goal of the millennium in Real's victory against Rayo Vallecano - a back-heel which turned out to be the only goal of the game. In the Premiership, Spurs gave up the ghost with a thrashing at arch-rivals Arsenal. In France, an eight-goal thriller at Lyon where PSG equalised in the last second of the match.

Liverpool FC guarantees its place in Europe again, hoisting the first silverware since 2006 with a win over Cardiff City in the League Cup. Tottenham left Arsenal's Emirates stadium thrashed 5-2 and so leave the championship race, while Arsenal move up into fourth place above Chelsea, 3-0 winners over Bolton. The Championship is a two-horse race between the Manchester duo - City beating Blackburn at home 3-0 and United winning away at Norwich City 2-1 with a last-gasp goal from veteran Ryan Giggs. Newcastle United drew 2-2 at home with Wolves.

64 to 54 - ten points continue to separate Mourinho's Real from Guardiola's Barça. Real won 1-0 at Rayo Vallecano with a magnificent backheel from who else? CR7, an amazing goal which must be candidate for goal of the century, or centuries. Barça visited Atlético Madrid and won 2-1. Valencia lost at home 1-2 to Sevilla while rival Levante clawed back three points to retake fourth place with a 2-1 win at Espanyol. A draw for Athletic Bilbao (2-2 at Villarreal). Málaga (5-1 against Zaragoza) and Osasuna (2-1 against Granada) come back into the pack.

After a 1-1 draw between the top two teams, AC Milan retains the leadership with Juve one point behind with a game in hand. Udinese won all three points in third place (3-1 at Bologna), equal on points with Lazio (1-0 against Fiorentina), Napoli (1-0 against Inter) and Roma (1-4 at Atalanta) switch positions while Inter remains in the pack but further behind.

Germany - Bundesliga
Wins for Dortmund (3-1 against Hannover) and Bayern (2-0 against Schalke) and a draw for Moenchengladbach (1-1 at home with Hamburg) change the top three minimally while Schalke loses ground. The pack remains the same but outside the top four, only Leverkusen took advantage (2-0 at Koln), with Bremen (0-1 at home to Nurnberg) and Hannover losing at the leader's stadium.

Montpellier (1-0 at home against Bordeaux) took advantage of a 4-4 draw between PSG and Lyon, at Lyon. Saint-Étienne moves up into fourth after a goalless draw at Auxerre while Rennes and Lille drew one apiece. Toulouse got another three points with a 2-0 win over Sochaux.

FC Porto visits Benfica next Friday as the leader, clawing back five points over the last two games and depending on itself to win or lose the championship. FC Porto beat Feirense 2-0 while Benfica was held at Académica (Coimbra) in a goalless draw. Russian midfielder Izmailov gave Sporting CP the three points at home against Rio Ave. Both Madeira teams are in the pack; Marítimo with a 1-0 win over Leiria in the running for a UEFA place and Nacional, where Cristiano Ronaldo began his career, winning 2-0 at Paços de Ferreira. The game between northern rivals Braga and Vitória SC (Guimarães) ended with a 4-0 home win.