Day 5: A Box of Surprises

Day 5 of this FIFA 2010 in South Africa proved the suspicions of those who believe that there are no easy teams these days. The globalization of knowledge and means of mass communication have made sport more egalitarian. Yesterday, Paraguay surprised Italy, today Ivory Coast and DPR Korea fought Portugal and Brazil as equals. And New Zealand proved that hope is the last thing to die. 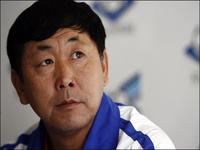 Day 5: A Box of Surprises

Those of us who watched Brazil v. DPR Korea started off by thinking that Brazil wasn’t trying, then the notion arose that Dunga’s boys were trying not to get injured. After this, that they were trying not to humiliate DPR Korea. Finally, the penny dropped: the two teams were playing as equals. Brazil had more solutions than their adversary – two to be exact, against DPRK’s one and eventually flair shone through against organization. However, Kim Yong Hun’s men left the field with their heads held high.

From Portugal, mixed messages. Deco complained after the game that he had been played out of position and coach Carlos Queiroz was complaining that FIFA allowed Drogba to play with an arm protection which “placed the Portuguese players at risk”. The inability to score raises the question of why Cristiano Ronaldo received the Man of the Match award from FIFA, when Ivory Coast’s Gervinho was far better.

Portugal looked frightened, confused and totally without solutions against a physically strong and highly organized Ivory Coast which must be Africa’s main contender for the title.

Finally, New Zealand battled until the end and was rewarded with a goal after 93’ minutes. Group F is anyone’s.

Slovakia started to grow after 20’, after both teams had seen several tentative shots go off-target. On 39’, Hamsik’s shot was saved by Paston, a carbon copy being produced on 43’. In the first half, Slovakia had 5 corners to New Zealand’s three.

On 50’, Vittek (FIFA Man of the Match) scored, heading in a cross from Sestak. While Slovakia pressed forward, New Zealand never gave up. Smeltz headed over from a good position in front of goal on 88’ and on 93’, Reid headed the equaliser. Slovakia’s 5 corners to New Zealand’s zero in the second half sums up the game but not the result.

Ivory Coast has a great team. Organized, strong and resolute, in the first half they did everything except create a chance to score, while Portugal, although dominated for three-quarters of the time, managed a shot against the post, a wonderful strike from Captain Cristiano Ronaldo – FIFA man of the match - from outside the area on 11’. It took Portugal another 20 minutes to arrive in the Ivory Coast area. The rest of the time, it was the West African team attacking and Portugal looking fraught, distressed and unhappy, with their opponents winning the majority of man-on-man situations.

After the interval Kalou just failed to connect with the ball in front of the Portuguese goalkeeper and on 53’ shot straight at Eduardo from the edge of the area. Portugal started to grow more and had a growing share of the play. Queiroz brought on Simao for Danny and then Tiago for Deco, finally Amorim for Meireles but Portugal’s only half chance was when Liedson headed at Barry on the hour.

The last minutes belonged to Ivory Coast, the team which globally appeared more aggressive (6 corners to 4) but did not manage to penetrate the Portuguese defence and create moments of great danger.

The 0-0 at the interval said as much about the DPR Korea’s organization as about Brasil’s apparent lack of ambition, the notion remaining that Dunga’s team was trying to avoid injuries and yellow cards in the warm-up for the apparently more dangerous Group G opponents Ivory Coast and Portugal.

Brazil had three corners to DRP Korea’s 1. After 11 minutes, DPR Korea had the first shot on target, Julio Cesar saving Tai Se’s insipid shot, Myong Guk saving from Elano on 13’ and from Maicon within a minute.

In Guk tried his luck on 19’ but did not test Julio Cesar. Myong Guk had to save twice from Robinho on 21’.

After the break, the game warmed up the freezing Johannesburg night, with two goals from Brazil (Maicon, FIFA Man of the Match, on 55’, from an incredible angle, shooting from the goal line; and on 72’, Elano converted a fantastic Robinho pass) and the reward for the hard work and organization of the DPR Korea (89’, J. Yun Nam).