Sukhoi Superjet 100: Doomed from the start because someone discarded Tupolev

Russia has irretrievably lost two of all 185 Sukhoi Superjet passenger aircraft that the country operates. The first Superjet crashed in Indonesia on May 9, 2012 during a demonstration flight, when the plane slammed into a mountain under conditions of poor visibility. The crash killed all 45 on board. The second Superjet-100 crashed after a hard landing at Sheremetyevo Airport on May 5, 2019 - 41 passengers were killed in the fire. 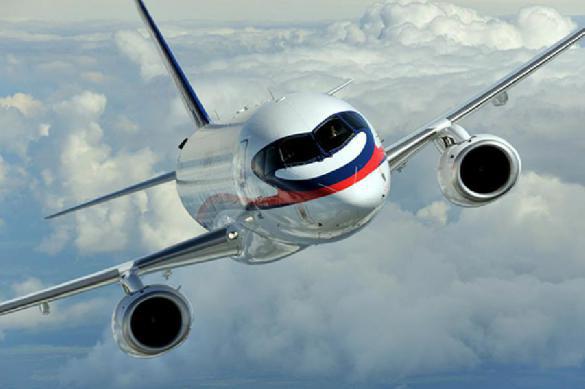 The air crash in Indonesia took place as a result of a combination of unfavorable factors. It had not affected the reputation of the new Russian passenger aircraft. However, the terrible tragedy at Moscow's Sheremetyevo may have far- eaching consequences if investigation reveals that the tragedy took place due to the failure of avionic equipment.

One can hardly call Sukhoi Superjet-100 a super successful project. The aircraft has never gained popularity on the world market during nine years of its serial production. To make matters worse, Russian airlines, with the exception of Aeroflot, are not in a hurry to buy those planes. Several foreign airlines have used Superjet aircraft, but most of them have eventually decided to abandon the new Russian passenger airliner primarily for reasons of technical maintenance. Some were concerned with SaM146 engines, even though they are French engines developed by well-known company Snecma. The SaM146 engine is built on the CFM56 turbofan engine - one of the most common engine in the world.

After the collapse of the Soviet Union, Russia inherited the Tupolev Tu-334 regional airliner, which was ready for serial production. In many aspects, the aircraft was unified with the Tu-204/214 aircraft, which could reduce costs of its production and operation. Russia still assembles Tu-204/214 aircraft, albeit in small quantities for government agencies, but the Tu-334 project was shelved. Originally, it was planned that the Tupolev Tu-334 would become a successor to the Tu-134 as one of the most popular domestic aircraft. Subsequently, Tupolev Design Bureau engineers developed a more advanced version - the Tu-414, which entered competition along with Sukhoi's Superjet-100 in 2003.

Strange as it may seem, the Superjet-100 won the competition, even though it was Sukhoi's first-ever passenger airliner, while the Tupolev Design Bureau was a domestically recognised expert in the field. Many experts point out to the fact that the placement of engines in the rear part of the Tu-414 aircraft was advantageous vs. Superjet's engines hanging underneath the wings. If a Tu-414 had performed an emergency landing instead of the Superjet 100 in Moscow on May 5, the engines of the Tupolev aircraft would not have touched the ground and the fire could have been prevented.

Nevertheless, it was the Superjet-100 that became Russia's first civilian aircraft developed in the post-Soviet period.

Unfortunately, a significant part of foreign components used in the construction of Sukhoi's passenger aircraft restricted its imports to a number of countries, such as, for example, Iran. The Islamic Republic had showed interest in the aircraft and signed a memorandum of intent, but Russia's American "partners" banned selling any elements of US technology to Iran.

It appears that Moscow is trying to protect the Superjet 100 despite the terrible tragedy. It has been announced that the tragedy that claimed the lives of 41 people, including two children, took place on account of a piloting error. As representatives of the Investigative Committee of the Russian Federation announced, the pilots exceeded the speed limit as they were landing the plane with full fuel tanks. This led to the damage of the fuselage and ensuing fire.

It was also officially announced that there was no point in grounding all Sukhoi Superjet 100 aircraft, at least for the time of the investigation.

Earlier, officials announced that the committee considers various versions of the tragedy, including insufficient qualification of pilots, flight dispatchers and persons who conducted the technical inspection of the aircraft, as well as malfunction of the aircraft itself and adverse weather conditions.

Interestingly, the Russian authorities did not declare national mourning after the tragedy at Sheremetyevo. Three days of mourning were declared only in the Murmansk region of Russia, where the plane was heading. Most of the victims were residents of the Murmansk region.