Why in 2019 a new crisis in Europe will blow up

A new crisis in Eastern Europe? Probably in 2019. This is what the analysis of US think-tank The National Interest reveals [http://nationalinterest.org/feature/2019-could-be-very-bad-year-ukraine-22567?page=2], as Russia could close the passage of hydrocarbons through Ukraine for a year and a half, triggering an unprecedented crisis at the level both economic and political in the Euro-Atlantic system. 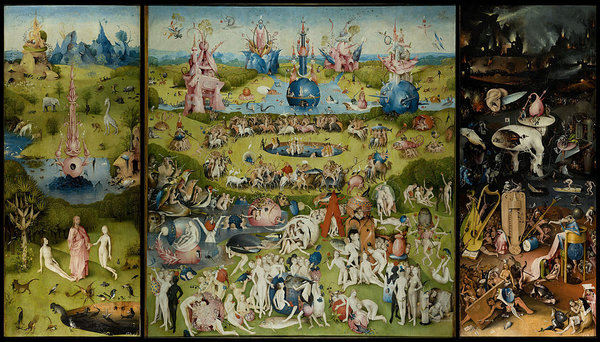 The fracture between Ukraine and Russia exploded symbolically in Maidan Square has long been considered a political and non-economic fracture. In essence, it was superficial that the fact that Kiev abandoned Moscow on a political level by opening to the West would not have led to a fundamental economic problem in the breakdown of bilateral relations between the two states. This is basically based on a recent reading of the Russian economic needs, which until the nineties of the last century were basically based on the maintenance of the former Soviet infrastructure network. It was therefore reasonable to believe that the newly-born Russian Federation had somehow forced to maintain economic ties with satellite states, irrespective of their political orientation in the international arena. For example, Ukraine bought at much lower prices than the Russian gas market, aware that Russia needed to keep the former URSS block to ensure some strength as well.

The Baltic States lesson, however, had to prove something. Latvia, Estonia and Lithuania, when they decided to embark on the West's path and the umbrella of NATO, but the same for Poland, have in recent years started a progressive policy of preparing for the end of Russian energy supply, so as to disengage as much as possible and quickly from Moscow's dominant force on their own market. The process is clearly still in place and today it is hardly feasible to be independent States on the energy level from Russia, but they have started moving right to achieve this detachment. On the other hand, Russia has not, in the end, suffered an excessive trauma from this meltdown of infrastructure links with the Baltic States, so much so that it has been activated along with Germany for the creation of North Stream. From what emerges that Moscow, despite being hit hard, wanted to give an important signal by understanding that it still had ways and capabilities to export hydrocarbons without using forcefully the networks of the former Soviet Union.

From Maidan Square on, Russia, obviously opposed to the eastern expansion of the European Union and NATO, has begun to formulate the hypothesis of an end to the infrastructure link with Ukraine. Which means Moscow's plans are to end gas transit through Ukrainian gas pipelines in no time. In that case, Ukraine should find energy supplies from other parts of the world, in particular from the West or the Caucasus. This would involve considerable costs for the Ukrainian government, as there is clearly a difference between Russian gas prices with European or even US coal that is beginning to reach Ukrainian ports. The European Union has long been engaged with the Kremlin to avoid all costs that the latter decides to disconnect in Kiev. The Ukrainian state company would find new sources and new customers but, on the one hand, it would have a lower gas flow and, on the other hand, would not be able to attract foreign investors until the country was pacified. Among other things, one should not underestimate the fact that where the Russian gas terminals pass, the separatists did not intensify the clashes. What could happen if the flow ends.

The European Union is now at the corner. Turkey has already signaled the completion of the Turkish Stream as a priority, thus making clear the ever-closer relationship between Moscow and Ankara also in terms of infrastructure. Germany wants to maintain its ability to be a Russian gas hub in Europe, without having to do without the importance of the North Stream or its doubling. The partnership with Moscow, combined with Germany's energy security, is more important to Merkel than the Ukrainian situation. Russia is also seeking, through Gazprom, to increase gas sales to Azerbaijan, in order to find a further way to access the European market without being forced to go to Ukraine. To this, the increasing tension between the US and Iran is added, which in fact makes it increasingly easier for Tehran to marry the Russian line about gas bounding with the Azerbaijani hub. And all this could have a date: the 2019, which, basically, is tomorrow. In 2019, contracts between Russia and Ukraine expire and many new lines will be ready. Europe (and America with it) must be able to change this situation before Ukraine finds itself without gas, even poorer and with a civil war at home. A war in which Russia might no longer have interest in maintaining a low level of conflict.