According to Russian Defence Minister Sergei Shoigu, the Krasnodar Aviation School will accept not only young men, but also girls for the first time in recent history this year. Are female pilots coming back to Russia's Air Force since the time of the Great Patriotic War or does Russia follow the example of many countries of the world, where military women pilots do not surprise anyone? 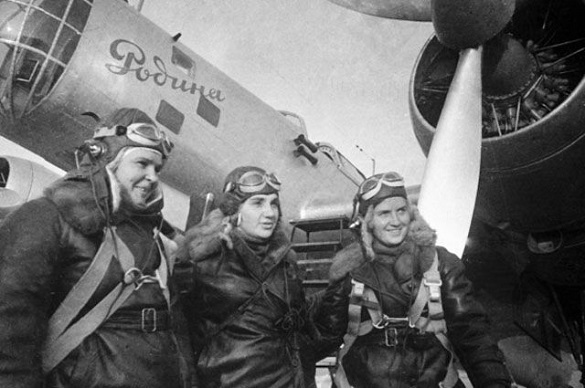 In Russia, many of those who were born in the USSR, are familiar with a song from a classic Soviet film, in which men pilots sing: "First of all, first of all - the planes. But what about girls? Well, girls come next!" The plot of the film unfolds in a female regiment of small aircraft, in which light training aircraft, or biplanes, were used as light bombers that could inflict accurate and sensitive attacks on the enemy at extremely low altitudes and speeds at night. Fascists dubbed Soviet women pilots "night witches" - the name clearly indicates the horror that the enemy experienced as a result of those raids.

During the war, girls would fly not only obsolete biplanes, but also modern for that time dive-bombers Pe-2. The 125th Women's Bomber Aviation Regiment named after Hero of the Soviet Union Marina Raskova conducted more than a thousand sorties during the war.

After the Great Victory, women were not very popular in military aviation. Second Soviet woman-cosmonaut Svetlana Savitskaya had been trained in the Kaluga aviation flight technical school before her space career; she also had the title of an instructor pilot and several world records. Nevertheless, it was believed that women pilots and Air Force were two incompatible things.

Nowadays, there are many women pilots in many armies of the world. In Indian Air Force, for example, there are about a thousand of them (out of 12,000 pilots). In the United States, ladies fly even fighter jets. Most recently, women obtained an opportunity to become pilots in Pakistan, even though this country is a conservative Muslim nation.

Of course, female pilots have certain drawbacks (from the point of view of their superiors, of course) associated with their sex, such as, for example, the risk to go on maternity leave. Yet, they have many advantages too, thanks to which women are in demand for a number of army professions that require long routine work, increased responsibility and high tolerance of sleepless nights (evolutionary adaptation to maternal duties), patience and intuition when making important decisions.