Thousands of Russians flock to the Crimea in summer. Some travel by their own cars, others opt for buses, but there is no option for a comfortable and quick journey. On the way to the Crimea, holiday-makers have to come across a plethora of bureaucratic procedures. There are speed restrictions on motorways, the process to cross the Kerch Strait is extremely exhausting. To crown it all, one will have to experience total inspection of transport at Caucasus and Crimea ports. 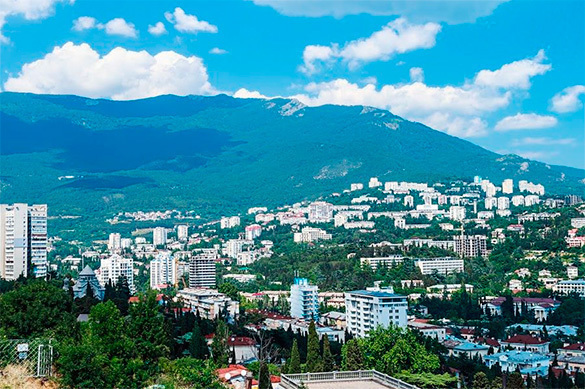 The Russian authorities promised to open the Kerch Bridge from mainland Russia to the Crimean Peninsula in late 2018. The authorities also promised to simultaneously build a four-lane 253-km-long Tavrida highway from the Crimea port  to Sevastopol via Simferopol. This is hard to believe. The work on the Tavrida highway began only this year, and the tempo of the construction is somewhat depressing.

It was said that the highway would be launched gradually: two lanes are to be launched by December 2018, and two more - by December 2020. Imagine the picture: a flow of cars across the bridge goes on four lanes, and then it has to squeeze into the two-lane Tavrida highway, where there is no overtaking, but there is plenty of eighteen-wheelers and slow construction vehicles. The whole bridge will instantly turn into one huge solid traffic jam.

Yet, engineers already have a theoretical excuse for the long-term construction. They say that the construction may come across ancient buildings and military graves. This is not a serious excuse at all, as construction managers can make all necessary arrangements with archaeologists in advance.

The Tavrida highway will not run through highly popular destinations - the cities of Feodosia, Sudak, Morskoye and Alushta. In other words, to reach those destinations, people will have to use the roads that were built during the times of Nikita Khrushchev.

Liberal media write ironically that the Crimea still remains a subsidized region, just like it was when being a part of Ukraine. Until 2014, taxes collected on the peninsula would make a half of its budget. Nowadays, it goes about only a quarter, which means that other regions of Russia account for three quarters of the budget of the Crimea.

Liberals consider the Crimea to be a stone on Russia's neck. In fact, the return of the peninsula to Russia has given us a huge military advantage in terms of both defense and geopolitical goals in the  Mediterranean. Most importantly, the shelf of the Crimea is literally a gold mine. Western specialists asserted before 2014 that oil and gas reserves in the Crimean shelf were comparable to those of the North Sea. However, the extraction of oil and gas on the shelves of the Black and Azov Seas remains only in the form of words and nothing else.

By the beginning of 2014 Crimea had been overpopulated. The amount of labor reserves on the peninsula was a lot larger than was required for companies, agriculture and tourism. According to official data, as of June 1, 2015, there were 774 dependents (old people and children) per 1,000 able-bodied individuals in the Crimea, while the average indicator for Russia was 629 dependents per 1,000 people.

After the summer of 2014, hundreds of thousands of dependents rushed to the Crimea from all over Russia for permanent residence. Those people are not only pensioners and children, but also able-bodied people, who do not intend to work in the Crimea, but are going to only buy housing and enjoy the sun.

Inexperienced economists are happy to report that hundreds and hundreds of people come to the Crimea to buy housing. On the southern coast of the Crimea, large apartment buildings are built. Yet, the vast majority of those who purchase houses or apartments in the Crimea do not change their places of residence, but retain their registrations in Moscow, oil-rich cities of Russia and so on. Tourists live in hotels, they go to restaurants and museums, they book excursions. However, they do not visit hospitals and polyclinics, nor do they need kindergartens and schools for their children. All those people need to consume gas, water, electricity and gasoline. The Crimea traditionally suffers from a shortage of these products.

Spending summer holidays in Turkey, Egypt, Tunisia, Spain and other places outside Russia is more comfortable and cheaper than going to the Crimea. Nevertheless, thousands of Russians prefer the Crimea because they love this region. Do they want to see the Crimea turning into a place that would be so much similar to Moscow suburban areas?