What if Russia did not reunite with the Crimea?

Living in today's world, in which the Crimea became a part of Russia without a single gunshot, many people do not even realize that Russia's Black Sea Fleet was supposed to leave the Crimea when the peninsula was still a part of Ukraine. 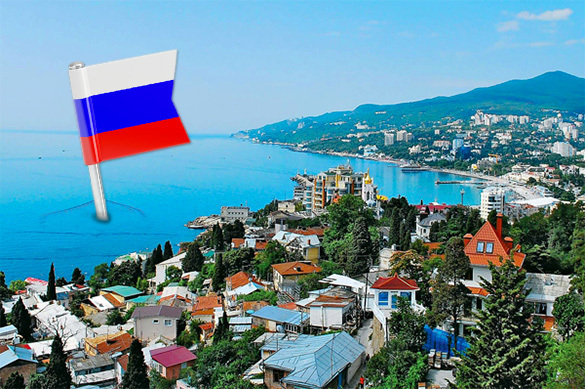 What would have happened to the Black Sea Fleet, to the world, Russia and Ukraine, if the Crimea had not reunited with Russia? Pravda.Ru asked this question to Ilya Mikhailov, a naval historian and retired captain.

"It is very difficult to talk about such things in the subjunctive mood, because there are too many factors that influence the situation. First and foremost, let's imagine a traditional course of events. Let's imagine that there was no Maidan in Ukraine, and the Russian fleet was in the Crimea, rusting, because Ukraine was not allowing new vessels to arrive. Then, Ukraine asked Russia out. Russia did not want to lose a gateway to the Black Sea, so Russia resorted to sanctions and cut natural gas and electricity supplies to Ukraine. In this case, I am 90 percent sure that Russia would have most likely paid Ukraine to be able to stay in the Crimea longer. I am also five percent sure that Russia would have either left or conducted an operation to return the Crimea by force. That would have been a completely different type of operation that would have looked like an act of robbery in broad daylight.

"Option number two. Russia did not reunite with the Crimea after Maidan riots in Kiev.  As we know, and this is documented, the Mejlis, Hizbuts and radicals would have started conquering the Crimea. Radicals would be attacking Russians and Russian-speaking population. As we can also remember, Ukrainian military officials said that they were planning a landing operation in the Crimea. In other words, the Crimea would have become a hotspot, like the Donbass. Of course, Russia would have started a peace-enforcement operation and taken the Crimea by force. The reunion day would have had a taste of gunpowder and blood.

"Don't forget that long before the referendum in the Crimea, the Ukrainian authorities - and this is official information that was posted on the website of the Pentagon - had coordinated reforms for a  number of educational institutions in the Crimea for NATO bases and headquarters, in accordance with requirements from the United States.

"Variant three is an option without Maidan, but with someone like Yushchenko-2 in power. Ukraine would say that it signed agreements with NATO and NATO warships would enter the Black Sea heading to the Ukrainian Crimea. In this case, Russia's Black Sea fleet would either fight back or leave giving way to NATO.

"The fourth variant is what we see today. The Crimea is Russian, Russia renovates the Black Sea Fleet, there is no prohibition from the Ukrainian government to deploy new Russian warships in the Black Sea, and there was no bloodshed at all."

We would like to add here that former CIA analyst Ray McGovern said in 2016 that if the Crimea had not reunited with Russia, NATO bases, possibly with nuclear weapons, would have been deployed on the peninsula.