Is it true that the Russians is the most drinking nation in the world? No, it is not. A recent study has revealed that the number of those consuming alcohol is a lot larger in the countries that have liberated themselves from the Soviet reign. A World Health Organization official, who spoke on the subject this month announced Lithuania to be the most drinking country in the world. In Lithuania, people consume more than 16 liters of alcohol per capita a year. The population of another Baltic State, Estonia, drink a lot too: hearings about alcoholism in the ranks of the local army have reached the governmental level. The Organization for Economic Cooperation and Development (OECD) points to a high level of alcoholism in Belarus, whereas Russia has not been at the top of "alcoholic statistics" for seven years. 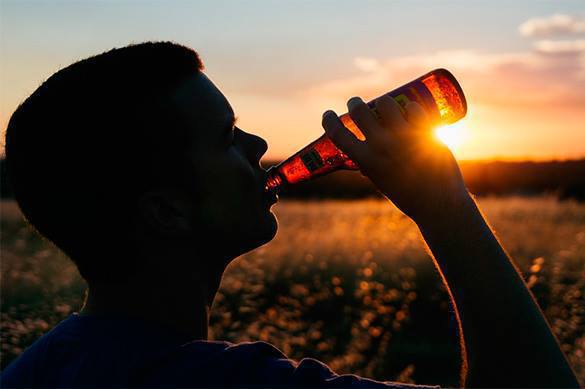 What about Western Europe? In this region, the palm of leadership traditionally belongs to the French. Narcologists base their research works on the amount of pure ethyl alcohol consumed in liters. The French, of course, do not even think about enjoying a meal without consuming alcohol (breakfast does not count). Yet, the French mostly go in for dry wine, cider and beer. The degrees in these beverages vary from 2-4 to 11-12, which is not a lot at all.

European officials believe that the most drinking nation in the EU is Portugal. The UK comes second. It should be noted that the French do not provide access to the statistics on the subject. The Europeans measure the frequency of alcohol consumption and the average dose, rather than the amount of ethanol consumed per capita. Objective indicators from the OECD for 2015 (there is no data yet for 2016) show that the two champions - Lithuania and Estonia - have the company of Austria and the Czech Republic, whereas Russia comes fifth. France is ranked seventh, Hungary is the sixth. Poland comes very close with Russia: about 12 liters of alcohol per capita a year.

It just so happens that the countries that have turned their back on Russia and sailed away on an independent journey have evolved into world's most drinking nations. According to the WHO, Ukraine is ranked first in the world in terms of child alcoholism, as well as on the growth of HIV infection. For comparison, Moldova - the country that consumes a lot of its own dry wine - does not suffer from similar problems.