On the eve of the International Women's Day, the Russian Public Opinion Research Centre (WCIOM) conducted a survey to find out what women Russian citizens consider to be most intelligent, beautiful and stylish. Interestingly, in response to a question about most beautiful women, almost all respondents answered with the names of their loved ones - their mothers, wives and daughters. 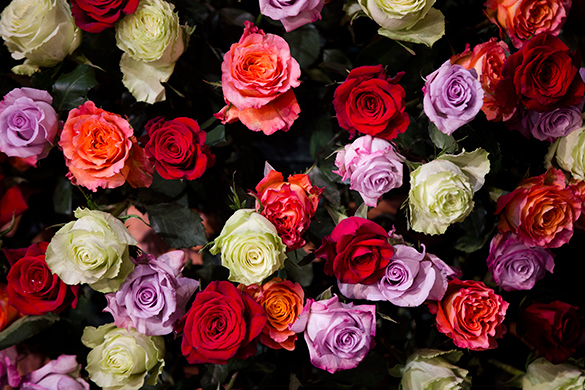 As for the most intelligent woman of Russia, the majority awarded the title to first woman in space Valentina Tereshkova and politician and stateswoman Valentina Matvienko. The list also includes Empress Catherine II.

The list of most stylish women was made by designer Ksenia Knyazeva. The "glamour" list includes Olympic champion in speed skating Svetlana Zhurova, former Prosecutor of the Crimea, State Duma deputy Natalya Poklonskaya and official spokeswoman for the Foreign Affairs Ministry, Maria Zakharova.

Sociologists also tried to find out what Russian men prefer to give to their women to congratulate them on the International Women's Day. The study showed that a third of the polled men try to surprise their women, whereas 25 percent try to find out what women would like to receive.

The International Women's Day is one of the most important public holidays in Russia. This is a bank holiday that is celebrated in Russia nationwide. The day is considered to be the peak of flower sales in Russia. Traditionally, people start celebrating the International Women's Day in the evening on March 7, when they get together after work to congratulate women and thank them for everything that they do.

Most Russian men strongly opposed to idea of woman president

Interestingly, however, a recent opinion poll conducted by Levada Centre said that most Russians are opposed to the idea of having woman as the head of state. Only 33 percent of respondents supported the idea. As for women, 59 percent of respondents aged from 18 to 24 assessed this opportunity positively. Forty-two percent (aged 40 and over) said that they would not mind a woman in power. Yet, over 70 percent of Russian men of all ages said that they would not vote for a woman candidate.

Fifty-four percent of respondents said that it is only a man who should lead the country during the upcoming 10-15 years.

The poll was timed to coincide with the International Women's Day, sociologists note. The history of the holiday is closely connected with the problem of women's rights, as gender differentiation is especially conspicuous in opinions about women's political rights.

Representatives of Just Russia party said, though, that they were considering an opportunity to nominate a woman for the presidential campaign in Russia in 2018. In particular, it may go about vice-speaker of the State Duma Olga Yepifanova and first deputy head of the Duma Committee for Culture, actress Elena Drapeko.

Veronica Krasheninnikova, political scientist and member of the Public Chamber of the Russian Federation, shared her thoughts about the idea of woman president in Russian.

"What do you think about the idea of having a woman as Russian president?"

"First of all, a person running for president should have appropriate professional qualities. Sex is not a priority here. In Russia, there were women rulers in the past. We remember our czarinas, such as Empress Catherine II, who made Russia become one of the leading states in Europe. As for today, I am sure that  there are many women of merit in Russia, and I am happy to know several of them in person. There are women in the Russian government too. Valentina Matviyenko is the brightest example. I would say that she fits the position of president best."

"What qualities should a woman president have?"

"The main qualities include political wisdom, political knowledge and political experience. This is extremely difficult work. An inexperienced young person will not be able to rule a country like Russia, no matter whether it is a woman or a man."