100 Years of International Women’s Day: Russia was the Pioneer of Women’s Rights

Monday March 8 is the 100th anniversary of International Women’s Day, a national holiday in Russia (since 1965) to commemorate the remarkable achievements of women in guaranteeing victories for human rights despite continued constraints. International Women’s Day serves as a focal point for us to document the present and future challenges facing women and to pool resources to implement women’s rights on a global scale. Amazing it is that such a Day should still be necessary. 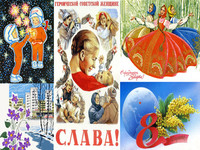 100 Years of International Women’s Day: Russia was the Pioneer of Women’s Rights

“The beating was getting more and more severe. In the beginning it was confined to the house. Gradually he stopped caring. He slapped me in front of others and continued to threaten me. Every time he beat me it was as if he was trying to test my endurance, to see how much I could take”. (1)

International Women’s Day started in the United States of America, launched by a declaration of the Socialist Party of America on February 28th, 1909 using as a basis the need to guarantee women’s rights in an increasingly industrialized society and was taken up by the international community at the first International Women’s Conference in Copenhagen, Denmark, in 1910. The horrific and inhumane conditions at the New York Triangle Shirtwaist factory which caused the deaths of 140 garment workers (mostly women) in 1911 provided an added impetus at a time when women were pressing for the right to vote and demonstrations in Russia prior to the 1917 Revolution were the first signs of women’s emancipation in that country, culminating in the declaration by Lenin of a Women’s Day on March 8th; in 1965 it was declared a public holiday by the Presidium of the Supreme Soviet.

“Emotional abuse is worse. You can become insane when you are constantly humiliated and told that you are worthless, you are nothing” (2)

Women had been demonstrating for their rights since pre-Classical times (e.g. the sexual strike called by Lysistrata in Ancient Greece, the March on Versailles by Parisian woman calling for “Liberty, Equality, Fraternity” in the 1790s). Copenhagen had chosen 19th March for the celebration of an International Women’s Day but in 1913, Russian women chose the last Sunday in February (following the Declaration by the Socialist Party of America in 1909) as the date for their International Women’s Day to call for peace on the eve of the First World War. As Springtime and local customs to give the first flowers to women combined, the end of Febuary/beginning of March began to be the time of year observed by the feminist movements, until in 1917, Russian women called a strike on the last Sunday of February to protest against the War (23d February) in the Julian Calendar; 8th March in the Gregorian.

“My husband slaps me, has sex with me against my will and I have to conform” (3)

After having been considered “too stupid to have the right to vote”, over the last century, women stood up for their rights and won victories, culminating in the right to vote and in gaining equal rights across a wide spectrum of professional activities.

However, so much more needs to be done and it is a telling statement that after 100 years, we are still faced by glaring and shocking statistics regarding women, such as:

Women have to work longer hours than men to receive the same income;

Women are concentrated in insecure jobs in the informal sector and are far more vulnerable to unemployment;

How can we state that we have reached a collective state of civilization when we are confronted by statistics such as these?

A WHO study conducted in ten countries discovered that between 15 and 71% of women reported physical or sexual violence perpetrated by a husband or partner;

Up to 40% of women in some countries stated that their first sexual encounter was not consensual;

There are 5,000 honour killings worldwide per year;

In South Africa, one woman is killed every 6 hours by an intimate partner; in India 22 women are murdered each day in dowry-related incidents, often burnt alive;

80% of the world’s victims of human trafficking are women;

100 to 140 million girls have been the victims of Female Genital Mutilation, 3 million girls per year are subjected to this horrific act of intrusion;

There are 60 million girls per year forced into marriage as child brides;

Worldwide, 25% of pregnant women are subjected to physical or sexual abuse (including being punched or kicked in the abdomen);

40 to 50% of women in the EU have experiences sexual harassment at work;

If we state that women’s rights have been reached and ignore the facts presented above (but a minuscule sample of the horrific register of sexist abuse) then we are admitting that we live in an unjust, feeble and impotent global society which in over one hundred years of concerted efforts to set women’s rights on an equal footing with those of men has still not managed to create universal and global structures.

While one of the biological functions of the woman is to carry the child through pregnancy (if she so wishes), how can we say that we have reached any pinnacle of success if the right to employment is in many cases subjected to the precept that the woman will not have children and when hardly any societies worldwide have created the financial mechanisms for women to have full professional lives while performing their chosen roles as wives and mothers, quite apart from guaranteeing their right to inviolability of their physical integrity?