As Pravda.Ru reported earlier, Russia's Ambassador to the UN, Vitaly Churkin, died in New York on February 20, one day before his 65th anniversary. The UN paid tribute to the Russian diplomat by having a moment of silence at a meeting. Churkin was representing Russia at the United Nations for more than ten years. 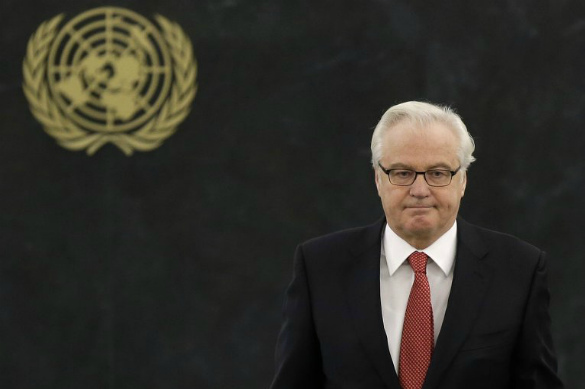 UN Secretary-General expressed his condolences in connection with the sudden death of Russia's permanent representative in the organization. According to António Guterres, he was shocked by the tragedy. He called Churkin a bright and witty orator, a man gifted with many talents. Guterres could not immediately respond to the tragic event, as he was flying to New York from Germany, where he participated in a security conference.

Federation Council Speaker Valentina Matviyenko said that it would be very difficult to replace Vitaly Churkin on the position of Russia's Ambassador to the UN. According to her, he was a diplomat of classic Russian school. "The death of Vitaly Churkin is a tragedy. He was a real classic diplomat of classic Russian school, a very smart man," said Matvienko.

Journalists of the Komsomolskaya Pravda newspaper, in turn, conduct their own investigation into the sudden death of the Russian Ambassador to the UN. According to the newspaper, it was American journalists that could take Churkin to the point when he suffered a heart attack. Sources in the Russian permanent mission to the UN told the newspaper that Churkin had recently expressed indignation about an article on BuzzFeed.

Russian President Vladimir Putin also expressed his condolences to family and friends of Vitaly Churkin: "Please accept our deepest condolences in connection with the death of your husband and father. His untimely departure from life is a very hard and really irreplaceable loss for the Russian foreign policy. It happened so suddenly, and the pain of this loss is especially strong," Putin wrote in a statement that was published on the website of the Kremlin.

"A man of profound intellect, extraordinary energy, rare charm and sense of humor, he enjoyed sincere respect of colleagues and a great reputation among foreign partners. It is hard to overestimate the merits of Vitaly Ivanovich. He had served on responsible positions in the administration of the Foreign Affairs Ministry and abroad. However, his talents were most vividly manifested during his service as Russia's Ambassador to the UN. Vitaly Ivanovich was a real patriot and a citizen. We cherish the memory of him, and he will always stay in the hearts of those people who knew him," the statement also said.