Dutch journalists ordered to shut their mouths on MH17 disaster

The police of the Netherlands detained two Dutch journalists Stephen Beck and Michel Spekkers in Amsterdam, upon their return from the Donbas. The police confiscated all the materials that the journalists collected in the south-east of Ukraine. 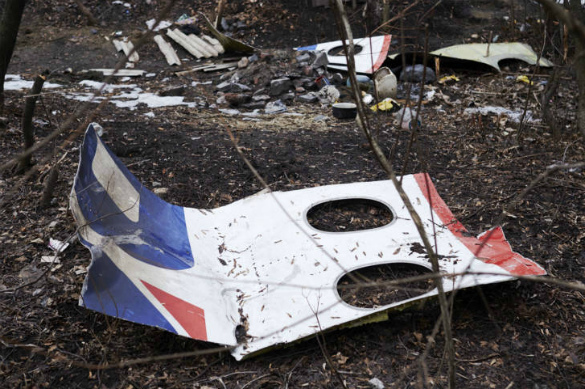 Stefan Beck and Michel Spekkers spent eight days in the Donbas. They came to the southeast of Ukraine to conduct a series of interviews with local residents, who showed them the place, where Flight MH17 of Malaysia Airlines crashed.

The journalists were amazed to find out that many pieces of the aircraft were still on the crash site.

"There are still a lot of materials to collect there, and it is not as dangerous there as representatives of the Dutch Public Prosecutor say. Apparently, we are dealing with serious negligence," the journalists said.

Even though Beck and Spekkers had informed the Netherlands Ministry for Foreign Affairs of their visit, they were arrested at Schiphol airport upon their arrival home, one of the journalists wrote on Facebook.

"Officials with the Dutch Public Prosecutor Office claimed that they could not collect the material because the region where the plane crash occurred was too dangerous. However, during our stay in the region, we could see that it was not the case," the Dutch journalist wrote.

He also questioned the credibility of arguments of Dutch prosecutors: "The facts of incorrect argumentation from prosecutors and confiscation of materials (including images) gives every reason to cast doubt on the transparency and reliability of the ongoing investigation."

The Dutch journalists fear that the confiscated materials could be delivered to employees of the Security Bureau of Ukraine who may prosecute those who agreed to speak to the reporters. Stefan Beck said that the police detained and searched them prior to customs clearance. He thereby refuted the statement from the prosecutor's office that assumed that the journalists could conceal the collected materials.

Russian specialists handed over the data related to the crash of the Malaysian Boeing to the Dutch authorities in October 2016.

The preliminary report from Joint Investigation Team (JIT) claimed that the Malaysian Boeing was shot down by Buk missile system. The Buk complex, the report said, arrived from Russia and then returned back.

Representatives of the the Russian Foreign Ministry stated that the results of the investigation into the crash of the Malaysian Boeing were biased, because the report was based on the information received from the Ukrainian side only. Almaz-Antey, the maker of the Buk missile system, conducted a series of experiments that proved that the Boeing was shot down from a territory controlled by the Ukrainian army.

The Boeing 777-200ER of Malaysian Airlines, Flight MH17 en route from Amsterdam to Kuala Lumpur, crashed on July 17, 2014 in the Donetsk region. The crash killed 283 passengers and 15 crew members - citizens of ten countries.