Olympic Games of Disappointment: Shall Russia cast pearls before swine?

"It's not the winning, it's the taking part" is not a motto for losers. The words belong to the man who revived the Olympic Games - Pierre de Coubertin. Unfortunately, in the modern Olympics, there are too many disgusting things that completely distort the very essence of sport. The first aspect is big money, and the second one is big politics - quite a combination, is it not? 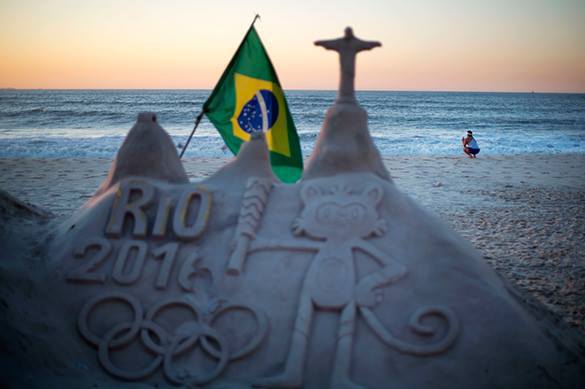 Many Russians acknowledge that they are not attracted to the idea of watching the Olympics this year. Earlier, as many as 60-70 Russians said that they would watch the events for certain, but now their percentage has declined to 25.

According to a survey conducted by Levada Center, only three percent of the polled Russians believe that the accusations against Russian athletes are convincing. Another eleven percent agreed to consider them more or less convincing. At the same time, 38 percent believe that the accusations are not too convincing, and 33 percent find them unconvincing at all. Honorary President of the Russian Olympic Committee, Leonid Tyagachev, said that most people in the country are well aware of the subjectivity of the McLaren report that was based on the testimony from one man only - Grigory Rodchenkov, who claimed that he was making some mixtures.

"These will be street games, because the athletes, who could become Olympic champions, have been excluded. Therefore, the Olympic medal loses a half of its quality and title," 17-time world champion in diving, honored master of sports, Shavarsh Karapetyan told Pravda.Ru.

The Olympic medals of the upcoming Summer Games 2016 contain futile attempts to put pressure on Russia and spite most athletes (some of them have been deprived of opponents, others were deprived of participation). There are other highly important aspects of the Olympic Games 2016 to talk about.

Too many negative sides of the Olympic medal

In early 2016, the Brazilian state environmental agency was investigating the reasons that led to the pollution of Guanabara Bay in Rio de Janeiro. The surface of the water was covered with garbage of unknown origin that killed thousands of fish.

In the spring of this year, 125 experts in the field of medicine, including scientists from Oxford, Harvard and Yale universities, signed a letter to the World Health Organization with a request to postpone the Olympics in Rio because of the epidemic of Zika fever. The letter stated that 500,000 foreign tourists would thus expose themselves to a serious danger. What is worse, they may become the carriers of the virus and cause an epidemic upon returning home.

Many athletes, who have already arrived in Rio de Janeiro, complain of numerous violations in the construction of sports facilities.

Instead of the previously planned 3,000 security guards, who were supposed to ensure the safety of Olympic athletes, only 500 have been provided, The Daily Mail wrote.

The level of air pollution in Rio exceeds the permitted limit. The Brazilian air is cleaner than in many cities of Asia, Africa and North America, but there is a lot more smog in Brazil than in Europe.

Against this background, the idea from the chairman of Pravda.Ru Board of Directors Vadim Gorshenin to hold alternative games for Russian athletes and representatives of other countries does not sound insane. Shall we cast pearls before swine, though?

Both nature and people are opposed to the 2016 Olympic Games, but they will take place, definitely. This year's biggest sports event will be the Olympics of disappointments, rather than of achievements as there is nothing but disappointment left about the true Olympic spirit.