It is not a common occurrence here in Italy that someone, generally considered "a foreigner", participates in political or local elections even if when they have a double citizenship. When it happens, usually the candidates are a prerogative of the pseudo liberal Left, ethnic, democratic, libertarian and all those beautiful things there, embodied by our Democratic Party, that is by the former Communists who had converted themselves to unbridled capitalism. 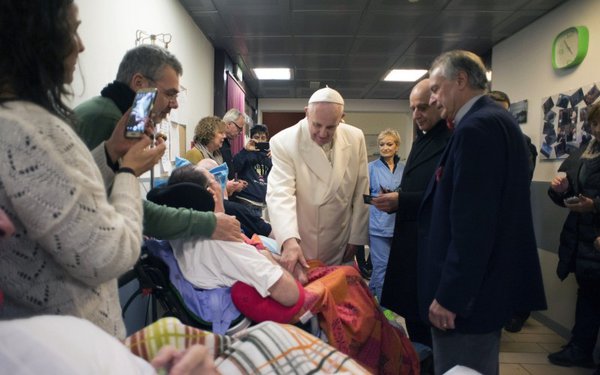 So it is really a surprise to have had even a Russian-born applied in a right-wing party in contention for local elections in Rome.

Q) Welcome Irina. Would you explain to the readers why you decided to apply in the Roman local elections held recently?

A) I did it because I accepted the proposal to be able to make my contribution to this electoral battle. I received several proposals, but I chose to apply with Brothers of Italy because I share the values of the party, because I have estimation for Giorgia Meloni and because I know that in her team there are a lot of smart people you can trust.

Q) A Russian who is a candidate for a seat in the municipal administration of Rome. Have you received much criticism? Many doubts?

A) In life you have to have the courage to make choices. No coincidence that Dante placed the slothful in hell. Any choice that one makes enjoy new friends and triggers detractors. In my case, those who spent more time to be indignant about my stance are people who cannot get out from the logic of 1917 or 1945. Now, when the world has changed, see the European Right open to Russia for them is equivalent to lose ground under their feet because they are no longer able to have the exclusive about the theme "Russia" seen that the Soviet Union's Communist lighthouse didn't exist anymore since many years. The PD, heir to the PCI [Italian Communist Party], now punishes Russia, while the Communist parties have split into small groups and are reduced to a 0%. The Eurosceptic Right instead get consensus and interprets reality through the prism of 2016. This feeling as outsiders obviously encourages people closed in mental cages to throw mud to runners having a following. I could only wish for my enemies happiness and luck.

Q) Unfortunately you are not found to be elected. Otherwise what would be your role in the new administration?

A) If I were elected I would have held the position of alderman. I helped to create the points of the program proposed to the party with whom I have applied.

Q) With which party or formation did you apply?

A) I was nominated with Brothers of Italy, in the party list.

Q) What are the main differences between Giorgia Meloni's Brothers of Italy and the other parties on the list?

A) I would just to compare the four most voted candidates: Virginia Raggi (5-SM), Roberto Giachetti (PD), Giorgia Meloni (FDI) and Alfio Marchini (with FI support). Virginia Raggi, the elected mayor, has focused her campaign on the fact that she represents a force new than the previous councils. The electorate, tired of disorder, has wanted to give her a chance. She played well this card.  Neither in Raggi's program nor that of Giachetti I saw proposals to solve the root problem of migrants and nomads' camps, neither of the candidates is in favor of the natural family and thus to the policies in support of families composed of men and women, none of both seems to want to give priority to the Roman citizens residing for years in the capital compared to the newcomers. Certain issues that I hold dear go beyond the local elections, but the evaluation of the candidates cannot ignore the orientation that their party has at national and international level. Alfio Marchini, despite having a program well structured and written by professionals, seemed to have it used as a facade tool to defend the interests of the usual powers. Just look at the names and Foundations that have supported him. Giorgia Meloni is instead the candidate who with a conservative program in values but updated to reality without any support by local mafias or by minority lobbies, small powerful and presumptuous.

Q) What do you think about the 5-Stars Movement and the Mayor expressed? Virginia Raggi clearly does not belong to your political party but compared to the past clasped me as a real novelty.

A) Indeed, everyone is talking about innovations, but no one speaks of the substance. I do not share the political choices and the values of the 5-Stars Movement, but I'm biased. How will be Rome under the 5-Stars administration? I make a metaphor. The 5-Stars method is to call ordinary citizens to drive ships, airplanes, trains and buses. In my opinion you need captains, pilots, train drivers and experienced drivers, otherwise you risk to crash vehicles along with the passengers. A pizza maker may not do a surgery, you must take a surgeon. The same applies to the other areas. It wants the professionals and skills to solve problems. Honesty, good intents and being new, are not enough. The 5-Star movement chooses the alderman even launching appeals on Facebook. I do not think that would be a better solution.

Q) According to you what the results may be realistically achievable by mayor Raggi?

A) Certainly the Movement seeks to involve citizens as possible in its own system. This is one of its strong point that is paid off in ratings level. Raggi wants to get rid of the "botticelle" [the traditional horse-drawn carriages], she wants to build the cable cars and proposes the creation of cooperatives to clean cloth diapers. I'd love to hope that it is exaggeration. These are not the problems of Rome. I would love she solves the real problems: the citizen debt, the road holes, the decay, the dirt, the lawlessness, the corruption and many others. 5-Stars people are so unpredictable that I cannot tell to you how it will end.

Q) One last question for our Russian candidate: according to you, what will be the consequences of this electoral result at a national level?

A) It depends on how they will handle the situation in the cities where they elected their mayors. If ever achieve commendable results, they could also be honored during the national elections. Otherwise they will be forced to deflate and return to the usual opposition of right-wing and left-wing parties labeled, although I would prefer to draw the division otherwise: identity parties and globalist parties.