From the first issue of Pravda newspaper to Pravda.Ru

May 5th was always a special date for Soviet journalists. It was the day when the first issue of the main newspaper of the Soviet Union, Pravda, saw the light. 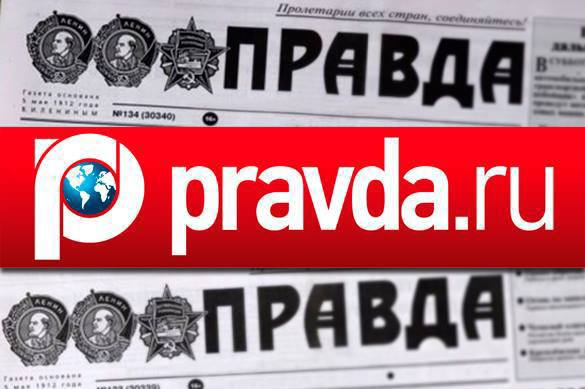 Since then, the Soviet Union celebrated this day as the Press Day. Afterwards, the special day  was moved to January 13 to become the Russian Press Day. Yet, for the majority of reporters, especially old school ones, May 5th is still associated with their professional holiday and the Pravda newspaper - one of the world's leading publications of the 20th century.

Technologies were developing speedily, and the print newspaper was replaced with webpages. The electronic publication, Pravda.Ru, came into being 17 years ago, after the Pravda newspaper finally became history. The editorial staff of the Soviet newspaper split into three separate groups that continued developing their own publications. Online publication Pravda.Ru became one of them in 1998. We would like to believe that the quality of the content of our publication still remains on a high level to match the traditions of the Russian national journalism.

Over the years of existence in the electronic form, Pravda.Ru has published hundreds of thousands of news stories, commentaries, articles and interviews. Many of our authors, especially from the galaxy of former "Pravdists" (former employees of the Pravda newspaper), received awards for their contribution to the development of Russian journalism. Many of those who started their careers at Pravda have reached more significant heights afterwards.

The list of prominent "Pravdists" includes such outstanding individuals as politicians Yevgeny Primakov, Mikhail Poltoranin, Gennady Seleznev, photographer Edward Zhigaylov, journalists Akram Murtazaev and Igor Mosin, president of the Department of Journalism at the Moscow State University Yasen Zasursky and many others.

Also read: Vadim Gorshenin: The difference between Pravda and Pravda.Ru
Has Pravda.Ru managed to preserve the credibility and significance of the Soviet Pravda? It is up to our readers to decide, of course. However, we would like to say it here that Pravda.Ru was put on the list of the world's leading mass media in 2010, having left many Russian publications behind.

In 2013, the Pravda.Ru television group became a laureate of the X International Festival of Marine and Adventure films "Sea is Calling - 2013". Fifty-four films made by cinematographers from 15 countries took part in the festival.

The documentary made by the Pravda.Ru television studio "Secret Mountain in the Center of Siberia" won in the category "Best scenario." The author and presenter of the film that tells of the world's only underground plant for the production of plutonium for nuclear weapons is a well-known writer and researcher journalist, a longtime writer of Pravda.Ru, Vladimir Gubarev.

For the 100th anniversary of the Pravda newspaper, Pravda.Ru prepared a series of interviews with legendary journalists of the Soviet No. 1 newspaper. "The series of interviews to mark the 100th anniversary of the newspaper were not about the newspaper only. They were also about the people, who created the science of that country and made history, launched the first artificial satellite into space and sent the first man into space," chairman of the board of directors of Pravda.Ru media holding, Vadim Gorshenin says.

"Like a mirror, Pravda was reflecting time. The Soviet era was great, tragic, insignificant and outstanding. One can not judge the past from the point of view of the present," Vladimir Gubarev, who worked as the editor for the science department of the Pravda newspaper in 1985-2001 said.

"The Pravda was newspaper No. 1 in the Soviet Union. I do not think that it is correct to strike out the Soviet period of our history. There were pluses and minuses in that period," Vadim Gorshenin said. "Pravda was very important because every word that was printed in the newspaper was highly important. The publications in the newspaper were reflecting our real politics," he added.