US to impose new Quran on Muslims?

The US idea to civilize the Islamic society by publishing its own version of the Quran is quite ridiculous and carries nothing but silly tricks of the Western special services. 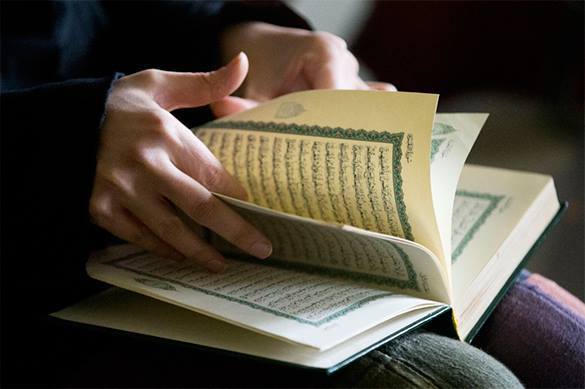 Azhdar Kurtov, chief editor of the RISS journal "National Strategy Issues", told Pravda.Ru whether the American scientists would manage to influence radicalization of the Islamic society.

The expert believes that the Americans will not manage to combat the Islamic extremism in such a way. First of all, the Muslims will not perceive comments of the American secular scientists as a weighty opinion.

Beside that, true Muslims are guided by the original Arabian text.

On the other hand, the American version may be read by representatives of other confessions, or atheists.

"I believe this method will not prevent appearance of various extremists in the Muslim world, but rather vice versa. An extra indignation may be triggered, if it is confirmed that they corrected there something. A series of rallies against the US may be expected in the Muslim states," Azhdar Kurtov told Pravda.Ru.

Thus, the American version of the Quran will be perceived as a heretical teaching, the expert noted.

Geydar Dzhemal, chairman of the Islamic Committee of Russia, also believes that the Quran with the English comments can give nothing but a good laugh in the Islamic society.

"One smelly, shabby American nation, that has existed 200 years and was made up of the Lumpenproletariat, who had arrived to kill the Indians, will be civilizing a 1,500 year old so-to-say project, that comes from the Abraham line, and has existed for 4,300 years so far. Impudence of the Anglo-Saxons knows no bounds," Dzhemal said in an interview on Pravda.Ru.

"Did they publish it in English? - So, let them read it!"

"It all can be regarded as comical, microscopic movements of the FBI and some other special services. No one will take it seriously, there will even not be a wish to spit. Maybe someone will just throw a stone in the publishing house, in a window," Geydar Dzhemal also said.

"Even the Islamic State knows that the US is not a source of heresy, but of pure evil. As namely America bombs and annihilates people, kills peaceful civilians, including its own ones," Geydar Dzhemal believes.

The expert also noted that "the Iranian state has been running lately on tiptoes in front of the American shepherd, who cracks a whip. But it refers to the bureaucracy and priests. In fact the Islamic Street is independent of the madhhab schools. They know who the main shaitan for them is".