Donald Trump's suggestion not to let Muslims enter the territory of the United States caused strong reactions in the American society. Yet, a vast number of common Americans support Trump's ideas. Pravda.Ru asked an expert opinion on the subject from Assistant Professor of MGIMO, Andrei Kryzhanovsky. 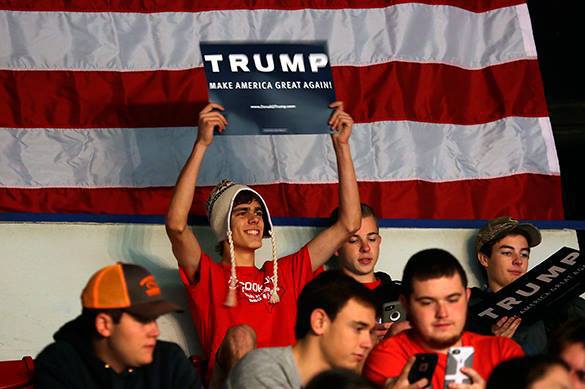 Trump is trying to play on the fact that the American society is filled with fear and intimidation. These fears have been accumulating in the country since 2001, so such aggressive steps may find support among people. "This may find support especially among the middle class - ordinary people who do not bother about values ​​of liberalism, but remain concerned about their own safety instead," the expert told Pravda.Ru.

"Those people welcomed similar moves made by George W. Bush after 9/11 attacks. Trump continues this line, counting on the information psychosis that has gripped the American society, even if it goes against the official line: tolerant attitude to Muslims, selective sanctions against them or other extraordinary measures.

"Trump draws risky historical parallels, when he says that the US is waging a war against international terrorism. President Theodore Roosevelt used to make similar statements about the Germans, when the USA was at war with Germany," Andrey Kryzhanovsky said in an interview with Pravda.Ru.

Why risky? During WWII, the US was funding (unofficially, of course) the Hitler regime through major financial and industrial companies and Dutch banks. Nowadays, the CIA continues funding terrorist organizations.

"America needs a serious enemy so that the United States could assert itself as a great power. However, this enemy may go out of control, as it happened to Hitler, the Taliban and as it is now happening to the Islamic State," the expert added.