The World Anti-Doping Agency has declared a psychological war on Russia. All the recent stories about Russian athletes involved in doping scandals smell dirty politics. Pravda.Ru editor-in-chief Inna Novikova talked about the WADA and Russia in an interview with political scientist, dean of the Supreme School of Television at the Moscow State University, Vitaly Tretyakov. 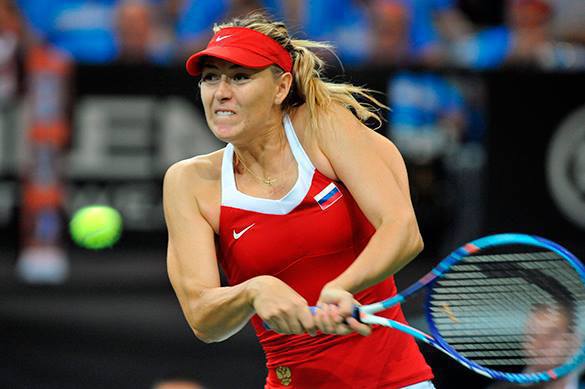 "Doping scandals with the participation of Russian athletes, including tennis star Maria Sharapova, have been the talk of the day lately. The creator of meldonium said that the drug helps athletes recover. It was also said there are even stronger drugs that are not considered doping drugs and are not black listed by the World Anti-Doping Agency."

"The sports of high achievements have long become a branch of pharmacological business. This is a well known fact. There is no point in discussing whether it is good or bad  - this is just a fact that exists and we have to deal with it. The big question is what shall we do about it.

"There are people who dedicate their life to sports records, achievements and sports victories. At some point, someone tells them that they can either proceed at the expense of their own physical capabilities or use some drugs to boost those capabilities to perform better. The choice is yours, so to speak: it will make  you a champion, bring you fame and money, but it may kill you as well. This is a risk that you take for the sake of fame and fortune.

"It is also obvious that modern sport is also business and politics. In this case, the recent scandals with the participation of Russian athletes came as a well-arranged attack on Russian athletes in the first place. They started with Russia's most famous athlete and global star Maria Sharapova.

"Russian athletes have to deal with this type of scandals periodically. Clearly, there are many officials out there, who hide something behind Olympic champions. Yet, political situations require political solutions.

"We can see that they never stop accusing Russia of everything, They want to disqualify Russian athletes. Several of our athletes, who had big chances for victory, have already been disqualified. The Russian national Olympic Committee surrenders, and there is a sword of Damocles hanging over any Russian athlete now. If a Russian athlete takes a gold medal, they will take test tubes with samples, defame this athlete and block his or her sports career. An athlete may choose to take the 4th or 5th place in this case just to avoid all these problems.

"What will happen then?"

"I think that victories of other teams will be devalued, if Russia does not take part in the competitions."

"Everyone will forget that Russia did not take part in the Games, because people remember those who win, but not those who lose."

"I think that even die hard sports fans who watch sports competitions may have difficulties in recollecting the winners. There were so many incidents in the past, when Olympic champions would be deprived of their medals because the winner suddenly had doping problems in a couple of years. This is bureaucratic mess! Why don't they open and analyze those test tubes before the Games? Why do they let athletes compete, if they doubt their honesty? Yet, they give them medals, and then open those test tubes to take the medals back.

"I do not believe the system that works this way. I think that this system is messed up in its own internal intrigues. If a third of Olympic gold medals turn worthless, it indicates serious problems in the IOC. I think that Russia should not be a part of these problems for a while."