Turkey on the way to officially recognized Wahhabism

What is the future of Russian-Turkish relations? What is the stance of the Turkish administration on the problem of refugees? Will Turkey suffer from Russian sanctions? Pravda.Ru editor-in-chief Inna Novikova had an interview with Konstantin Zatulin, the Director of the Institute for the CIS to discuss these topics. 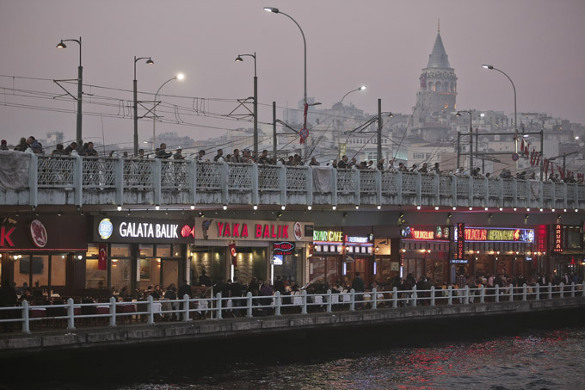 "For many years, Russian media outlets have been glorifying Turkey, putting the country up as Russia's best friend at the time when Turkey has been working to build the Ottoman Empire. All of a sudden it turns out that the Turkish government was no friend to Russia at all. Yet, the Russians still respect the Turkish people."

"It is the people who elected this president and this government. I also like this game "the president goes separately and people go separately." One should understand that the people of Turkey support President Erdogan in their majority."

"But there are serious problems in the country - the problem of refugees, for example."

"Who is behind these flows of refugees? It was Turkey that organised all that. Erdogan has been selling the image of Turkey as the country that is suffering from the influx of refugees. He has already managed to obtain €3 billion from the European Union for that and achieve progress about Turkish incorporation in the EU. Erdogan is blackmailing Europe with the threat of refugees saying that there are 3 million of them in the country although their actual number in Turkey is about 700,000, although this is a lot as well.

"All these boats that come to the shores of Greek islands come from Turkey. The Turkish authorities do nothing to stop all those refugees from travelling to other countries. Erdogan is playing an unfair game with the EU."

"So that means that this policy enjoys support inside Turkey, doesn't it?"

"For the time being, it does. The majority of Turkish people support the actions of their authorities with regard to the downing of the Russian warplane. The aggravation of Russia's relations with Turkey is not a short story, it's going to last long, and Russia will not receive an apology from Turkey.

"How should Russia react at this point?"

"Russia has taken quite a few steps already. We have pulled out from a number of collaboration programs with Turkey and banned imports of Turkish goods."

"The sanctions have also affected humanitarian programs. Do you think it was a correct move to make?"

"I believe that it was an absolutely correct decision to make. Islam is a traditional confession in Russia. Where did mullahs and imams study during the 90s? Many of them studied at Al-Azhar University in Cairo, which is a stronghold of Islamic fundamentalism. They would also go to Saudi Arabia - not just for Hajj, but also for studies. One should bear in mind the fact that Saudi Arabia is the country where Wahhabism is recognized officially.

"I believe that we should follow the example of China. In China, there are various religious cults allowed, but a Chinese priest can never be a citizen of another country. He can be an Orthodox, a Buddhist, a Muslim etc, but he must be a Chinese citizen.

"In Russia, there are many foreign preachers, who can freely promote their teachings in our country. One does not train Orthodox priests abroad, but as for Islam, Judaism and so on, I believe that one should arrange certain organisational restrictions here. We should not invite preachers from Jordan, Turkey or Saudi Arabia - we should train our own preachers."

"I have recently spoken to a young man from Dagestan who had studied abroad. He told me that in Dagestan the process to hire young people to serve for the Islamic State is no secret to anyone."

"True. Many of them return home horrified. Some others stay. One of the reasons for which Russia started the military operations in Syria was not to let those people return to Russia. This was officially announced in public. The French parliament, for instance, is currently discussing a law about those involved in terrorist activities. Some French MPs believe that French citizens who take part in terrorist acts should be stripped of the French citizenship. This is the first time when such ideas are being discussed in a democratic country. I believe that Russia should follow the French example at this point."