Havana, (Prensa Latina) Cubans celebrated on Friday (01) the 57 anniversary of the triumph of the Revolution, a process that since that historic January 1, 1959 brought a new reality of social justice to the country. 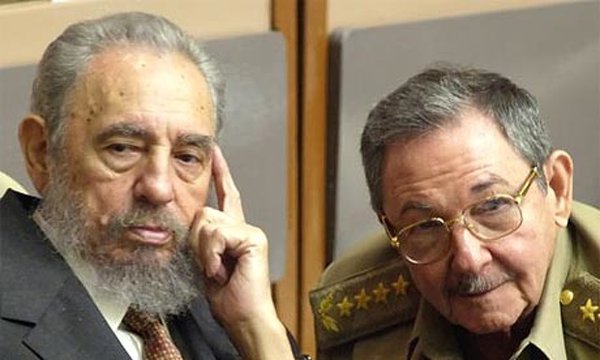 Over half a century later, in the Caribbean nation develops a process of updating the economic and social model that seeks to ensure the continuity and strengthening of the system used on the island in the national development paths, under the premise of a prosperous and sustainable socialism.

For Cubans, the day January 1, 1959, with the consequent grand entrance - seven days later - of Fidel Castro in Havana, represented the beginning of a stage of transformations that ended a flattering system of political and economic elites, after which Fidel began to create a country directed to the benefit of the majority of the population.

Hence one of the first measures taken by the Executive revolutionary was the Agrarian Reform Law, which banned the large estates by nationalizing the properties of over 402 hectares and handed the land to tens of thousands of peasants.

After that followed other memorable initiatives, including a literacy campaign in just one year (1961) Cuba became the first territory free of illiteracy in Latin America. Since then nothing stopped: more than half a century after the results of socially oriented policies in Cuba are visible in spite of the longest economic, commercial and financial blockade in history imposed by the United States, which denies the island investment, financing, advanced technology, medicine and food.

Thus, among his many results in the health area, the largest island of the Antilles stands out for several years in displaying an infant mortality rate over five times less than in developed countries like the United States and Canada.

Recognized for ensuring free and universal access to public health, Cuba also stands out for its immunization program, which guarantees a wide immunization coverage, helping to prevent 13 diseases.

In the educational field, Cuba is situated among the countries that dedicate the highest percentage of its GDP dedicated to education (13%).

UNESCO's data also shows that the country has a literacy rate of 99.8 percent, school enrolment of 99.7% and the Cuban average student accumulates twice as much knowledge and skills as her/his Latin American peer.

Conceptualized by international bodies such as a child protection example, the island also pays great attention to its youth, it contributes to the reincorporation to  study and the work of those disconnected from these areas, it promotes the formation of an integral culture and encourages reading.

In general, the country - which is set as a high human development country, a result of social welfare policies implemented bya sustained revolution - has fulfilled most of the Millennium Development Goals.

Translated from the Portuguese

*Timothy Bancroft-Hinchey has worked as a correspondent, journalist, deputy editor, editor, chief editor, director, project manager, executive director, partner and owner of printed and online daily, weekly, monthly and yearly publications, TV stations and media groups printed, aired and distributed in Angola, Brazil, Cape Verde, East Timor, Guinea-Bissau, Portugal, Mozambique and São Tomé and Principe Isles; the Russian Foreign Ministry publication Dialog and the Cuban Foreign Ministry Official Publications. He has spent the last two decades in humanitarian projects, connecting communities, working to document and catalog disappearing languages, cultures, traditions, working to network with the LGBT communities helping to set up shelters for abused or frightened victims and as Media Partner with UN Women, working to foster the UN Women project to fight against gender violence and to strive for an end to sexism, racism and homophobia. A Vegan, he is also a Media Partner of Humane Society International, fighting for animal rights. He is Director and Chief Editor of the Portuguese version of Pravda.Ru