The supplies of electric power to the Crimean Peninsula have been fully restored. All consumers residing in the southern region of Russia have been connected to electricity, officials with the Ministry for Energy of the Russian Federation said. 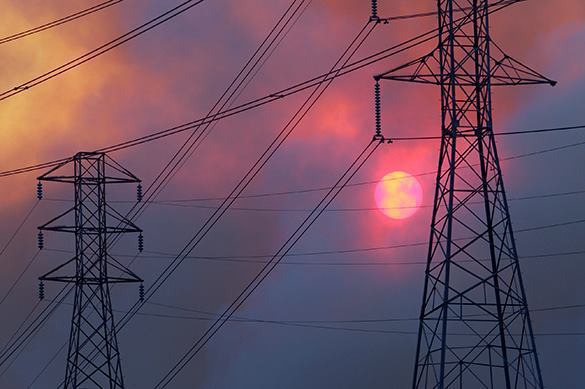 Station Kakhovskaya-Titan-Krasnoperekopsk was put into operation overnight. In addition, the  Kuban energy bridge also delivers electricity to the Crimea.

Crimea does not need Ukrainian electricity

It is worthy of note that Ukrainian radical group the Right Sector stated that it was stopping the Ukrainian blockade of the peninsula. The Right Sector is withdrawing its forces from the borders of the Crimean Peninsula because of the concentration of Russian troops on the border.

The extremists, who promised to isolate the Crimea completely, wrote on the Facebook account of the organization that they were going to stop the blockade because of "the concentration of Russian military hardware on the border.

"We have been watching Russia's reactions to the results of "The Blockade of the Crimea" and we can see the concentration of a large amount of military hardware and human resources at a short distance from checkpoints of the Ukrainian military and activists of the Crimean blockade," the message said, the Vzglyad newspaper said.

"Against such a background, the Right Sector ceases its work on the blockade within the scope of the "Crimean Maidan," representatives of the group said.

At the same time, they added that they were going to coordinate the actions of the Ukrainian military to prevent any aggression from the supposedly "occupied territory."

While Ukraine was ready to resume the supplies of electricity to the Crimea, the head of the region, Sergey Aksyonov, said that his region had no intention to re-establish cooperation with Ukraine in the field of electric power supplies.

The energy system of the Crimea was working in an isolated regime for more than one week, after Ukrainian radicals blew up the power lines, on which electric power would be delivered to the Crimea from Ukraine.

Pravda.Ru asked an expert opinion from the head of the department of Islamic Studies of the Institute of CIS Countries, Ildar Safargaleev.

"The energy blockade of the Crimea showed that the peninsula was not ready for it. Now they are taking urgent measures to liquidate the consequences of the crisis. The main phase of the crisis has passed. I think that Ukraine was trying to blackmail the Crimea in retaliation for the Russian gas.

"Now it is important to ensure uninterrupted supplies of electric power to the Crimea from Russia, rather than from Ukraine. I believe that Aksyonov responded adequately, because he is confident in Russia," Ildar Safargaleev said in an interview with Pravda.Ru journalist.

Most Russian feel free and happy living in Russia

As many as 42 percent of Russians believe that the political regime in Russia does not affect the liberties of the population. Twenty-two percent share a different point а view and believe in the opposite.

Forty-one percent of the polled believe that the struggle of the Russian authorities against foreign agents and the fifth column is fully justified.

Noteworthy, a survey conducted by the All-Russian Public Opinion Research Center said that 89 percent of Russians refuse "to get out of Russia" and are proud of their homeland.