The whole of Crimea has been completely disconnected from electric power supplies, Fuel and Energy Minister of the republic, Sergei Yegorov told TASS. 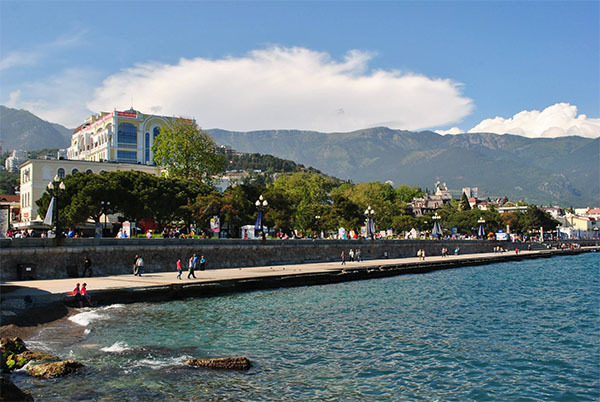 "An hour ago, Ukraine unilaterally cut electric power supplies to the Republic of Crimea and the City of Sevastopol, - he said. - On all four lines, to zero," he added.

According to the official, local authorities take measures to generate electricity to provide electric power for at least a half of the peninsula and restore the operation of mobile communication. "Negotiations with Ukraine are underway so that they resume supplies of electricity to the Crimea," the fuel and energy minister of the Crimea added.

Noteworthy, the Crimea has been cut from electric power supplies on the threshold of a regular meeting of the contact group in Minsk to resolve the conflict in eastern Ukraine. Obviously, the problem with electricity in the Crimea will not help resolve the situation.

In the center of Simferopol, there is no electricity at all, even traffic lights do not work, Interfax reports.

A day earlier, the head of the republic, Sergei Aksenov, told journalists that Russia signed a contract with Ukraine about the transit of electricity to the territory of the Crimea. "The contract ensures uninterrupted supplies of electricity from Ukraine to the Crimea," he said.

Supplies of electric power to the Crimea were resumed several hours later. The reason for the blackout on the peninsula has not been explained, the head of the Crimea, Sergei Aksenov said.