Vegetarianism for children: The real thing or real danger?

A vegetarian menu may soon appear in kindergartens of St. Petersburg. This was a response from the authorities of the city to the inquiry from one of the members of the Legislative Assembly of St. Petersburg. The MP, in turns, made the inquiry following numerous requests from parents. The initiative has started the never-ending dispute between vegans and meat-eaters. 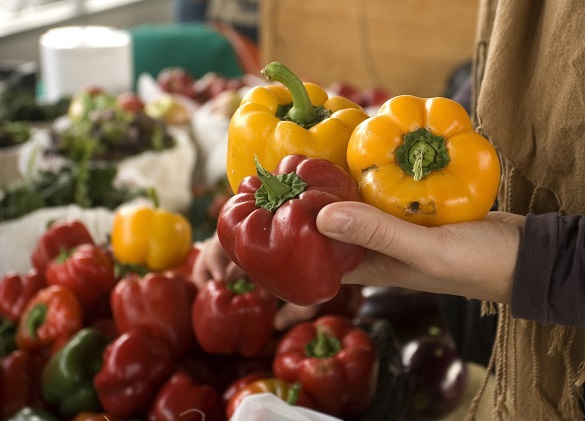 Technically, the problem is not worth a dime. Solving the issue of a separate menu for certain individuals does not require a lot of effort. Many kindergartens in Russia already have special menus for children with intestinal problems. There are diseases that require special nourishment, including by limiting the consumption of animal protein.

In general, Russian traditions envisage at least temporary "meatless diets" in the form of Orthodox fasting. In ancient Russia, religious traditions were very strong, and people could fast for even half a year.

After the October revolution, Bolsheviks decided to bid farewell to religious traditions of living without meat for a certain period of time. Afterwards, they came to their senses and started paying a lot of attention to healthy diet. Since Soviet times, for example, Thursday is known in Russia as the "fish day"  this is the day, when fish is served as second course in all public institutions. In modern-day Russia, many people go on fasting days, when they eat only apples or cucumbers - these days are also a vestige of the Soviet era.

At the same time, many in Russia believe that a human being, especially minors,  should eat meat every day. Dietitians raise the limit of childhood for 25 years when it comes to the question of regular meat-eating. Otherwise, children may suffer from underdevelopment, anemia, etc, etc.

Vegetarians usually respond with humor: "Take a look at the bull - it only eat grass to be so strong." In India, fruit and vegetables have been the food of the highest priestly caste, the Brahmins, since ancient times.

Also read: Vegetarians vs. meat-eaters: Standoff is over with

As for vegetarianism, the Vegetarian Society, founded in Britain in 1847, defines the phenomenon as follows:

"Someone who lives on a diet of grains, pulses, nuts, seeds, vegetables and fruits with, or without, the use of dairy products and eggs. A vegetarian does not eat any meat, poultry, game, fish, shellfish or by-products of slaughter."

Milk, dairy products and eggs are not related to products of slaughter. They contain the whole range of animal protein, including the "essential" amino acids. In the end, all mammals, including humans start their lives feeding on milk and grow into full-fledged members of their species.

Vegetarians have their own groups and divisions that stick to more radical views on food. Vegans, for example, think that one can eat only vegetarian food. They exclude even milk, because calves are slaughtered to receive milk from a cow, whereas eggs are "unhatched chickens."

In the end, there are not many pure vegans among the vegetarian community, although they do not suffer from serious health problems.

Modern industrial methods of meat production use hormonal supplements to accelerate the growth of livestock. Antibiotics are widely used to treat animals when they fall ill. Afterwards, all those chemicals find themselves in the human body, causing allergies, metabolism disorders and so on.

So what is better to little children health wise? Do they need to eat meat products every day, or should vegetarian food with milk and eggs be a priority for them?