Why do the Americans regard the 6th of August as a Victory Day, but not a Day of Mourning for the victims of nuclear attacks on Hiroshima and Nagasaki? Will the Japanese forgive the US 320,000 dead people? Do some Japanese really believe that the nuclear attacks were perpetrated by the USSR? Pravda.Ru conducted an interview with a well-known writer, scholar, and journalist, Hiroshima honorary citizen Vladimir Gubarev. 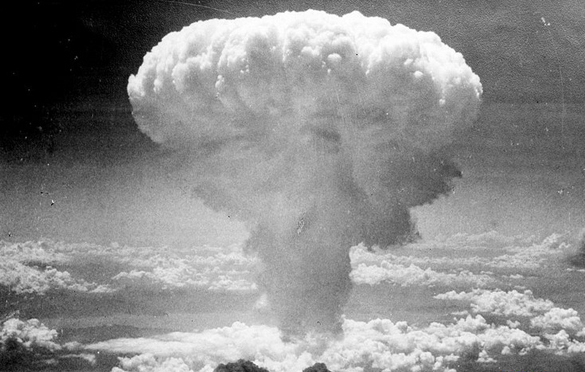 ''The Americans can not even imagine what they did. They celebrate the 6th of August as a holiday. They believe, that having attacked Hiroshima and Nagasaki, they made Japan surrender and so, finished the war and saved lives of their military men.

But it was not so. These were not emotions, and struggle to finish war. The Americans tested nuclear weapons in actual practice, as well as the consequences of the nuclear explosion, the distance at which everything would burn and so on. It was a cold calculation. The testing was conducted on flat terrain and in the mountains. The US scientists were working hard to study the influence on soil, water, atmosphere, houses, and so on. It's a so-called scientific experiment, military science, very cruel one.

The next cities after Hiroshima and Nagasaki should have been Moscow, St.Petersburg, and 100 more cities of the Soviet Union. And there should be no illusions. The 'Dropshot' plan was worked out, and it would have been carried out, unless we had created nuclear weapons in reply.

No American President has ever visited Hiroshima and Nagasaki. But Andrei Sakharov who came there was horrified. Negin, a great atomic scientist, one of the nuclear weapon creator said that this weapon is terrible, because a man is being evaporated even before he feels any pain. Seems not bad to evaporate with no pain...

This bomb wipes people from the face of the earth. Tens of thousands disappeared in Hiroshima and Nagasaki in a moment. Nothing was left. They evaporated, turned into atoms. And there are a lot of burnt people, with an awful radiation sickness...

But today Hiroshima has the longest life span. The case is that after the bombing, Japan started strenuously developing its medicine, first of all to save Hibakusha, i.e. "explosion-affected people". All the Japanese science was aimed at rescuing these people. Absolutely new medicines have been created. Now, the Institute of Hiroshima, where radiation sickness is cured, is one of the best world centres.

Today, Hiroshima is a beautiful, green, friendly city over a river. That is because it is visited only by those who sympathize in the tragedy. The American politicians do not go there.

I used to tell Gorbachev that the conference on disarmament should be held just ther in Hiroshima and Nagasaki. If leaders of the countries, where nuclear weapons were created, gathered in the museum of Hiroshima, the negotiations would be successful. They would understand that nuclear weapon is a terrible thing.''

There is such a statistics: 25 per cent of young Japanese people believe that the bombings were carried out by the USSR, and not the USA. Is it really so?

''There are not many fools among the Japanese. Not 25 per cent. It is a well-educated nation. The education is superb there. Japanese schoolchildren are told about who, how, and when bombed Hiroshima and Nagasaki from the early years. I did not meet a Japanese who would claim that the Russians are guilty. On the contrary, they sympathized with us in the Chernobyl tragedy, as well as we did over the tragedy in Fukushima.''

But Japan fully backs the US policy. Does this mean, that they forgive them?

''The US covers Japan with a nuclear umbrella. The Japanese adopted their terms, they do not have right to solve many of the questions. They have a special army. The largest US military base is located on Okinawa Island. You can not but come across the Americans in Tokyo. By the way, there are blue-eyed, fair-haired, absolutely European Japanese women with long legs. So, they back the US sanctions.

They believe, that the Japanese security is dependent on the Americans, and that is really so now. There are a lot of mutual claims with different countries there. The Japanese demand our islands, there are difficulties with China, and other countries. Japan used to be a very aggressive state. It killed a lot of people in China and Indo-China. But the Americans did not forgive them Pearl Harbour. And the Japanese did not apologize for the attack either.

Nonetheless, any apologies would bring back 320,000 of those dead because of the atomic bombs. So, the Japanese will always remember that the Americans dropped the bombs on Hiroshima and Nagasaki. And it will never be forgiven.

Read original on the Russian version of Pravda.Ru