Attempts to revise the history of World War II are not new at all, although the current scale of the revision of history is more than just impressive - it is shocking. Many Japanese people, under the influence of their propaganda machine, already believe that it was the USSR that dropped atomic bombs on Hiroshima and Nagasaki. Pravda.Ru spoke about it in an interview with journalist Daniel Estulin. 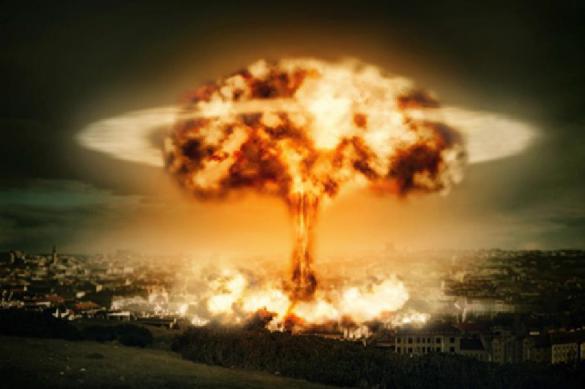 "Do you think that it is possible at all to revise the results of the Second World War today? The Americans have long been crediting themselves as the winners of that war. These days, they have been particularly brutal in their intention to plant this idea into people's minds around the world."

"This is possible, because, unfortunately, people have forgotten world history. They know the myths that the propaganda machine makes them to believe. We can see it every day, especially in Europe and the United States. Unfortunately, people's  knowledge is scarce and limited."

"Do people just believe what they hear?"

"They neither know nor understand what happened 70 years ago. It was the USSR in the first place that won the war. Roosevelt knew that the war had been won in Stalingrad in 1943. At the end of the war, he was ready for all with Stalin, and so they made a pact. Roosevelt promised Stalin to invest $4.5 billion in the Soviet economy, to put the Soviet Union back on its feet. Unfortunately, Roosevelt died, and Anglophile Truman came to replace him, to stand up for England. The confrontation and the Cold War started, and it still continues today. Unfortunately, people do not understand."

"The USA and its controlled countries distort historical facts so much that in Japan, many people think that it was Russia, not America, that dropped the atomic bomb on them."

"They have bad teaching of history then, unfortunately. But without the knowledge of the past, one can not either understand the present or build a normal future."

"Daniel, you were born in the Soviet Union, but spent your conscious life living in Europe, in Switzerland."

"Well, not all my life ...My father is from Leningrad, my mother is from Minsk. I was born in Vilnius, the capital of the Lithuanian Soviet Socialist Republic. Back in those days, they were teaching history at schools well. I've never been a European person, I've always been a Soviet and a Russian man living in the West."

"We believe that we speak the truth, whereas European media lie and give one-sided information. They believe that it is the Russian media that lies. Who do you think lies here?"

"I believe that in the end, we have our propaganda and they have theirs. Yet again, one needs to understand why so much propaganda. It is important to understand what is happening today, what happened yesterday and what will happen in the near future. This war is being waged against Russia and China. This war is being done by masters of shadows - puppeteers, who show presidents of the United States, Canada, the European powers in their place. They realize that until Russia remains on its feet, they will never reach global reign.

"This war, including the information war, is being waged against Russia, against those who put obstacles for them. If Putin changes his stance and becomes a yes-man of Western powers, the bad Putin today will be the good Putin tomorrow. Yet, our president will not do it."

"In the West, they used to love Russia, when the first Russian president was dancing ad falling down while being drunk."

"That's right. Yeltsin, in fact, was never our president. He always was an enemy of the Fatherland, like Gorbachev. He was raised by the powers that raised Obama, Cameron and all other American and European presidents. It's very easy to do. One only needs a large amount of money to prove to the population: this man is the most wonderful president.

"For example, Carter was a man that no one knew during the 1970s. All of a sudden, he became the president of the United States. Just like that. Just a few people knew him, but a month later he was a nation-wide celebrity. One needs a huge amount of money to do that. The people who do not understand it, just do not understand how these policy levers work."

"These days, Western journalists keep saying that Russia is an aggressor. They hold talk shows in European countries, for example, in Lithuania, asking people what they will do if Russia attack them. They call Russian-speaking communities asking them, which side they will take, should the war with Russia begin. People are served only one-sided information, and any attempt to present a different perspective break against the wall."

"Journalists were never free. Any journalist, no matter where he or she may come from - the United States, Canada, France, Italy, the UK - never expresses a personal opinion on serious issues. Journalists always work for someone owned by  US banks or financial tycoons close to the government. They work for those who pay them. Therefore, they always go in a certain direction."

"That is, we can not count on some kind of objective assessment in the field of journalism, can we?"

"No, of course not. But I think that as long as they have created a problem for us, then this is our problem, inside Russia. I believe that our Russian, Soviet problem lies in out unwillingness to understand how these levers of power and propaganda in the West work.

"We believe that in the end truth will prevail. Yet, one must fight against their lies. In the end, the goals of those masters of shadows are always the same, they never change. Their goal is to defeat Russia, as they did to the Soviet Union and put another Yeltsin or Gorbachev at the head of the collapsed nation. They will never succeed, but they will never give up."