Ukraine receives gay values from Europe instead of money 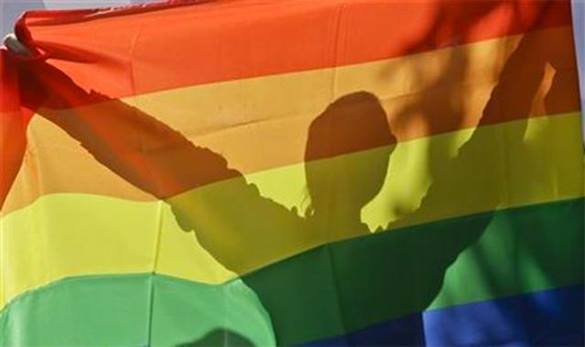 Apparently, European gay advocates were inspired by US President Barack Obama, who legalized sodomy even in conservative states of the US of A. Obama promised triumphant victory to "gay values" in the whole world.

Ukraine is likely to become the first country, where these "gay values" win in Eurasia.

Ukrainian MP Mikhail Gavrilyuk, aka Cossack Gavrilyuk, has proved his professional incompetence as a legislator in a few months. Several weeks ago, Gavrilyuk suggested the Verkhovna Rada of Ukraine should legalize prostitution to collect more taxes. In another incident, Ukrainian journalists asked the MP about his attitude to the video depicting Ukraine's notorious MP Lyashko having sex with another man in the area of the punitive operation in the southeast of Ukraine.

At first, "Cossack Gavrilyuk"resorted to the issue of Western tolerance and said that Ukraine was a free country, in which everyone had a right to have sex with whomever they wanted, although one should not do it that openly, he said. Surprisingly, Gavrilyuk continued his remarks with saying that a half of members of the Ukrainian parliament were homosexuals, who, together with their lovers,  would soon be ruling the whole country. To crown it all, Gavrilyuk said that President Petro Poroshenko was an advocate of gay pride parades and other homosexual "values". Poroshenko, Gavrilyuk added, was going to legalize same-sex marriage in Ukraine.

During the 17th century, homosexual contacts were strictly forbidden on the territory of modern Ukraine. They were punishable by death. Four centuries ago, a homosexual male or female would be considered servants of the devil. Cossacks would either trample such people to death by horses or simply impale them.

What else do the Ukrainians expect from their European "friends"? Of course, they want money and visa-free entry to European countries, but these are not the type of values that Europeans promote for everyone. They do promote gay values instead, without any restrictions, and this is what the Ukrainians are getting from Europe.