Celebrations of the 70th anniversary of Victory has once again raised the question of what we have learned from that war. Pravda.Ru editor-in-chief Inna Novikova discussed lessons of the war with expert Sayeed Gafurov. 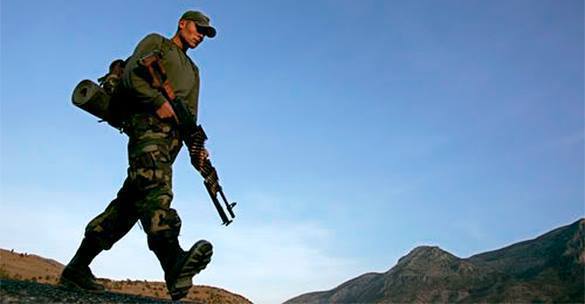 "Russia has recently marked the 70th anniversary of Victory over fascism with large-scale national celebrations. The subject has not lost its relevance. The historical events of those years have turned into an instrument of global politics. The "war of monuments" has broken out in several countries of Eastern Europe, while politicians compete in retelling seemingly indisputable historical facts, let alone the Americans, who believe that it was the United States that defeated Nazism."

"Most members of the US Senate and Congress did not want to participate in the war - the US joined the war only after Pearl Harbor attacks. In Europe, the Americans were determined to cooperate with both sides of the conflict, including with Hitler. President Roosevelt wanted to draw America into the war, but he could not succeed until Japan attacked the United States.

"Moreover, they say that Roosevelt knew about the impending attack from Japan, but he decided to give the Japanese an opportunity to attack America. Although, of course, he did not expect that the attack would be so devastating. The Americans were investigating all this in 1945."

"They helped the Soviet Union with lend-lease."

"Yes, they supplied tanks and aircraft, but those supplies amounted to seven or ten percent of our domestic production. Yet, the support from the USA was certainly important, especially if we talk about the shipments of special grades of powders and aluminum."

"The Victory Parade ended with a spectacular demonstration of the "Immortal regiment."

"In order to avoid a new war, one should remember the previous war. Churchill and Stalin were talking a lot about the fate of post-war Europe. Churchill was convinced that one should not let the Germans start a new war for at least 50 years. Fifty years have passed, and the Germans were drawn into the war in Yugoslavia. The Americans are fighting with everyone - this is a well-known fact. Yet, the Germans got to know the taste of blood too."

"The German Foreign Minister, when visiting Volgograd, apologized to the Russians said that the Germans remember and understand everything."

"Today, Germany is actually the owner of the European Union. The Germans have realized now that with the help of war, they can get hold of other territories, such as Croatia and Slovenia. They have already defeated Greece, and now they want Ukraine. After the First World War, German Social Democrats in power were also standing for peace, but then Hitler came.

"For the Germans, everything changes very quickly. Hitler was ruling the country for only 12 years, but during those year, he managed to turn Germany into the stronghold of fascism. The Germans may change again. Germany is digesting Europe. They started with the German Democratic Republic, and then there was former Yugoslavia. They will digest Bulgaria and then they will have to expand again."