Gorbachev: USA may risk to launch real war against Russia

The United States has already dragged Russia into a new "cold war" and may make further steps on the way to real war, ex-Soviet President Mikhail Gorbachev believes. 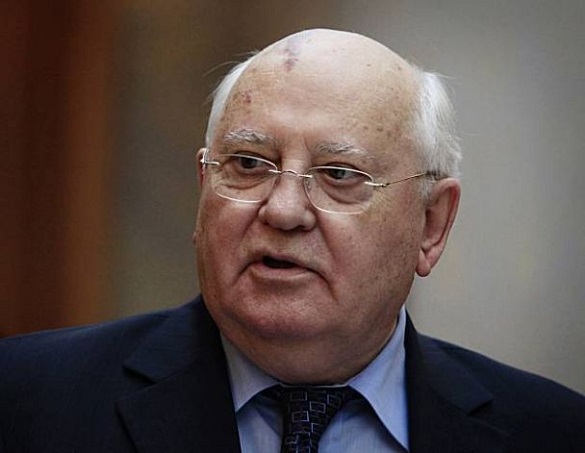 "Now you can hear America and the European Union speaking about only sanctions against Russia. Have they lost their heads indeed? America got lost in the jungle and pulls us in there too," Gorbachev told Interfax Thursday.

"If we call a spade a spade, America has pulled us into a new cold war, trying to openly implement its general idea of triumphalism. Where will it take us all? The Cold War is already on. What's next? Unfortunately, I can not say firmly that the cold war will not lead to the hot one. I'm afraid that they might take the risk," Mikhail Gorbachev said.

"The situation is acute, one doesn't need to simplify it - the split between politicians is too big. Unfortunately, it does not decrease, but only increases," Mikhail Gorbachev said.

In early 2014, Gorbachev urged presidents of Russia and the United States, Vladimir Putin and Barack Obama, to initiate talks on the situation in Ukraine and promote peaceful resolution of the conflict in the country.

"We can not allow the Ukrainians fight against the Ukrainians. This is terrible nonsense. But the situation has apparently taken the character that requires assistance from authoritative representatives of our two countries, otherwise it can lead to a disaster," said Gorbachev in the beginning of 2014.

Mikhail Gorbachev earlier said that Europe may eventually face "terrifying massacre," should the conflict in Ukraine spread to Europe. Gorbachev supports the policy of the Russian administration as far as the Ukrainian crisis is concerned. "One should do everything to stop the killings. This is one nation. If other countries get involved, and the scale of it grows, we can come to the worst massacre in Europe. This must not be allowed," said the ex-president.

Mikhail Gorbachev believes the West should listen to what Putin says

At the same time, he noted that Russia must not interfere in the events in the south-eastern Ukraine. "If our country intervenes, a huge fire may spark, and the whole world won't be able to put it out," the former president of the USSR said.

The first Soviet President Mikhail Gorbachev called on the West to lift sanctions and listen to the words that Russian President Vladimir Putin said during his speech at the meeting of the Valdai discussion club in 2014.

"Despite the severity of critical formulations against the West and especially the United States, I heard in his [Putin's] speech the desire to find ways to reduce tensions and create new grounds for partner relations in the long term," Gorbachev said.

According to Mikhail Gorbachev, one must leave controversy and recrimination behind as soon as possible and take efforts to find common ground. "One should work towards the gradual dismantling of the sanctions that cause damage to both sides. First of all, one should lift so-called personal sanctions from politicians, so that they could join the search for solutions," said Gorbachev. In his opinion, providing assistance to Ukraine in overcoming consequences of the war could be a way of cooperation.

Speaking at the meeting of the Valdai discussion club in Sochi on October 24, 2014, Russian President Vladimir Putin urged the West to conduct equal dialogue and respect the positions of Russia. Putin compared the policy of the United States in the international arena with the behavior of the nouveaux riches (the new rich), "on whom enormous wealth - global leadership - has suddenly fallen." Putin also said that the Americans, having  "declared themselves victors in the Cold War," sharply exacerbated imbalance in the world.