United States x Cuba: Is it for real?

Conversations for a resumption of diplomatic relations between Cuba and the United States were already happening for some time. First, with the mediation of Spain and now through the Pope and Canada. 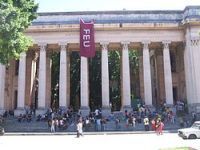 If it was for Cuba to wait for the "efforts" of Spain, such resumption would never happen, simply because that  Spain is a foreign country which nowadays  most enjoys a privileged position within Cuba, operating in various business areas, mainly in tourism where totally dominates the sector

It's obvious that a rapprochement of the Caribbean island with the United States, fatally Spain will have to share the market operating, for North Americans who are just 30 minutes of flight from the airport Jose Marti, while Spain is on the other side of the ocean.

But I believe what really precipitated this attitude of the United States, was the Russia factor. This must have really been what triggered an American race to reconnect with Cuba, especially when it saw the Russian intentions already in talks with the Cubans in rearm its former military base in the country and just thinking about it, it would be enough to get the White House occupant kept up, who do not want under any circumstances, reissue the crisis of 1961 missiles, which almost came to an armed confrontation against the Soviet Union and that could have led the world into World War III.

The United States intends in every way weaken Russia, especially in its most vital point, which is the economy.

Now it is difficult to install a military base in Cuba, which would be seen by Washington as a kind of Cuban provocation and, therefore, neither Cuba nor the United States are interested, in this historical moment, in creating problems for each other. So the Russian presence on Cuban soil, for sure, is already discarded.

The fall in oil prices, the main product of export countries considered undesirable by the US as Russia, Iran and Venezuela, at one trump card this event leads to a weakening of their economies, especially in the Russian case, the second military power planet.

Weakening Russia and encouraging in Brazil and Venezuela right-wing groups in an attempt to destabilize the government and create chaos. In Russian, Brazilian and Chinese case, with its problems in Hong Kong, this may lead to a weakening of BRICS, a group formed by the five largest economies in the world, outside the United States, Germany and Japan.

The formation of BRICS is seen by the US as an affront to its economy and the weakening of the FMI and World Bank, financial entities controlled by Washington.

The increasing transactions between Russia, China and Iran, which no longer use the US currency and this is a factor that worries the United States will not tolerate the change of the default currency in the world that is the dollar. It's not coincidence that today England, the US partner in everything and, more precisely, in the pillage of the Middle Eastern wealth or where the US be directly involved; has not adopted the euro.

In the South American case, the growing opposition on the continent to the Washington dictate owes much to the policy maintained against Cuba in those over 50 years, which triggered in Latin America a strong solidarity with the Caribbean country and the formation of several friendly governments to Cuba, where a good part of the Latin countries is governed by politicians who come from more allined parties with Cuba, than with the United States.

The normalization of diplomatic relations can take these  parties and left-wings groups to a weakening, with the loss of speech against Washington, because it they fought, are now friends that they stood up for.

In the case of the five Cuban heroes imprisoned in the United States and some sentenced to perpetual prisons, and promoted a series of protests around the world with solidarity campaign for the release of the five.

The US government had already shown signs of a change in behavior when two of them were released after 15 years in american chains.

With an inmate American accused of spying in Cuba, there was already signaled that the release of the other three that remained arrested, was matter of time and that should happen with the traditional exchange of prisoners.

A few decades ago, the ONU General Assembly has condemned the US obsrtuction against Cuba in polls where only three countries voted against (United States, Israel and the Marshall Islands) and yet, in addition to maintaining the economic blockade, the United States has been financing subversive groups for terror actions on the island, and did so openly by Usaid, ONGs and Cia facades, who developed activities in an attempt to destabilize the Cuban regime.

With the resumption of diplomatic relations at the level of embassies and not of diplomatic offices, we will wait if this resumption is for real, or simply to facilitate the actions of the US intelligence on Cuban soil, in an attempt to implode the regime, that had been doing for 53 years without any success.

Another expectation is how the United States will be positioned in relation to Venezuela, and what Cuba will do if Venezuela is threatened of invasion in fact.

The two countries, since the beginning of Chavez, was holding strong alliances in several areas, and at the moment the Bolivarian homeland is suffering the White House sanctions.

It's wait and see.