Czech Republic shows US radar station to the door 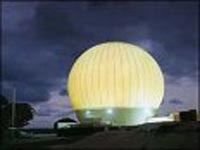 Czech authorities intend to shut down the military training range in the village of Brdy. This is the facility where the U.S. has recently planned to place powerful radar for its missile defense system that would let it monitor the territory of Russia up to the Urals. It seems that the behavior of the Czechs could be a pleasant exception on the backdrop of the rabid pro-American behavior of former socialist countries.

It was Czech Defense Minister Alexandr Vondra who announced the plans to shut down the training range. Ironically, as a Deputy Prime Minister few years ago he was one of the chief lobbyists for the deployment of the radar on Czech territory. Now the politician who is expected to make combative statements consistent with his title appeared at a Czech TV broadcast as a "dove of peace."

The Minister explained that the US missile defense radar would not be deployed. The authorities believed it was necessary to give the facility to the public. According to him, the final decision on this matter will be made before the end of this year. Dismantling of the entire military infrastructure will take another couple of years.

The polygon in the town of Brdy has been in the spotlight of politicians and the media for several years. In 2006 there was information that the U.S. was going to create the third European site for its missile defense system. It was to include powerful radar to be installed just south of Prague, and interceptor missiles stationed in Poland.

The Americans explained that the radar was required to detect missiles flying from Iran and North Korea. However, by an "astonishing" coincidence, the radar that was supposed to be brought to the Czech Republic from the Marshall Islands did not cover the countries located close to Iran. However, it is capable of monitoring the Russian territory up to the Ural Mountains. Naturally, such plans caused concern in Russia.

However, the administration of George W. Bush that was in power in Washington at the time insisted on its story. It found full understanding of the leadership of Poland who saw missile defense system as an opportunity to teach Russia a lesson. In the Czech Republic the situation was different. Former Prime Minister Mirek Topolanek and current Foreign Minister Karel Schwarzenberg strongly supported the United States. Topolanek, supporting the idea of ​​missile defense, did not hesitate to remind Russia about the suppression of the Prague Spring of 1968.

President Vaclav Klaus was also initially inclined to support the idea of ​​missile defense. He saw it as an opportunity to once again rely on the U.S. as the center of forces opposed to the EU that Klaus has always disliked. Yet, Klaus was trying to develop relations with Russia at the time, and seeing that Russia was not thrilled he restrained his ardor. At the talks in the summer of 2007 he did not provide a definitive answer to Bush.

Klaus's opinion was finally ignored (the Czech Republic is a parliamentary republic where the Prime Minister is a more important persona than the President). In July of 2008 an agreement with the United States to host the radar was signed. The Senate ratified it, but the Chamber of Deputies did not secure sufficient votes. Left-wing opposition was very much against the plans to deploy the radar, and the former ruling coalition lacked unity.

The most difficult thing was to convince the Czech people of the benefits of a provocative object. Despite the massive propaganda in the media, despite the moralistic tone of the former president Vaclav Havel, at least two-thirds of the population stubbornly refused to host a questionable object in the protected forests near the village of Brdy. They were not convinced by the stories about the imperial encroachments of Russia, or the Iranian and North Korean missiles.

Residents of the Czech Republic have repeatedly told a correspondent of Pravda.ru that they did not like the questionable object. Most frequently they explained it by the fact that they wanted their foreign policy to be determined by Prague and not Washington.

In September of 2009 Barack Obama, who took office, abandoned the idea of the radar in the Czech Republic and interceptor missiles in Poland. Unlike the Poles who were hysterical about it, the Czech leaders were calm. They seemed relieved by the fact that their quiet country ceased to be the center of the big geopolitical fights. They were rewarded by a visit to Prague of Dmitry Medvedev and Obama, who signed a new Strategic Arms Reduction Treaty (START-3) in the Czech Republic.

It soon became clear that the abandonment of the ABM was incomplete. Americans simply have decided to upgrade their system, and in 2015 intended to start placing it in Eastern Europe. Poland has already provided them with a facility near the borders of the Kaliningrad region. Romania and Bulgaria are thinking about hosting the U.S. objects at their Black Sea coast. The Czech Republic was named as another possible host of the missile shields. However, this will not happen.

The Czech newspaper "Gospodarzhske novine" sarcastically commented on the officials' desire to shut down the facility in Brda saying that the closure would be a revenge for the radar. Either the Atlanticists from the current pro-American government took offense at Obama for his abandonment of the radar eighteen months ago, or the Czech authorities prudently decided to withdraw their country from the nasty world of geopolitics to not live under the gun of Russian missiles.

In any case, the decision of the Czech Republic suggests that even the present deeply pro-Western and favoring the U.S. government of Petr Necas is able to recognize their own national interests. One of them is that it is better to be on good terms with Russia. They could lose a market for their goods and tens of thousands of generous tourists, or obtain higher prices for Russian oil and gas. The cost is too high.

We cannot say that the Czech Republic and the Czechs favor Russia and think of the two countries as friends. However, the degree of Russophobia there is much lower than in Poland, and we are no longer talking about pathological hostility of the Czechs towards the Russians. One cannot build political capital on the unconditional love of the United States and anti-Russian hysteria in today's Czech Republic. Local politicians have to adjust, sometimes overstepping their own ideological postulates. However, this way is easier for both Russia and the Czech Republic.

For the U.S., the refusal of the Czech Republic to place American objects on its territory is not likely to be a severe blow. Poland, Romania, Bulgaria, the Baltic countries, Albania, Georgia and many others are already waiting in line for the elements of the ABM to appear on their territory.