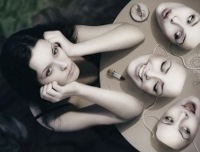 It is easy to fall into the trap of assuming that each human being has a more or less identical range of emotions. This is not so. Just as each human individual is physically unique while fitting into a general physical shape (that usually, but not always, includes four limbs and an adult size of between 1.5 and 2.5 metres) so, too, the range and intensity of emotions felt by human beings varies from one individual to another.

The outcome for each individual is based on the unique genetic potential of that individual and, more importantly, the social terrorisation experience of that individual within its particular culture, community and family. Thus, each human being is as emotionally unique as it is physically and intellectually unique.

There is some evidence, including from my own observations of babies and very young children, to suggest that the feelings of fear, anger and sadness are part of the genetic inheritance of each human individual (although, as mentioned above, awareness and functional expression of these feelings can be suppressed as the child grows).

However, there is monumental evidence to suggest that some other feelings - such as love and compassion - exist at birth only as potentialities and need to be experienced in a social context when the child is very young to be brought forth to manifestation. Thus, for example, if a young child lives in a social milieu devoid of love, it will be deprived of the opportunity to develop the capacity to recognize, experience and offer love, and it will not be able to develop this potential later in life.

Moreover, apart from the fact that certain feelings might not be developed, others might be underdeveloped, maldeveloped or hyperdeveloped. For example, an individual might acquire an underdeveloped version of the feeling of sympathy, meaning that they experience this only in a very muted form and probably insufficiently strongly for them to act meaningfully on it in relation to another person.

More bizarrely, if a young child lives in a social milieu in which it is exposed to a particular feeling, such as anxiety, but this feeling is referred to by another name, say 'love', then, in this example, the young child will learn to feel anxious but to believe that it is experiencing and expressing love: I have labelled this phenomenon maldevelopment.

And a feeling might be hyperdeveloped through excessive experience of it without safe opportunities to feel and thus release it. For example, if you terrorise a child routinely but do not allow it safe time and space to feel its terror, then this suppressed terror will subsequently be projected onto all sorts of inappropriate events that are not actually frightening as the individual's unconscious seeks opportunities to feel this terror in order to release it: an individual might exhibit clear terror (gauged by their dramatic, and apparently angry, overreaction) in response to some trivial event such as someone waving their fork in the air.

If we are to understand human behaviour, including violent human behaviour, it is vital to understand the 'emotional profile' of individuals, including the extent to which they are emotionally undeveloped, emotionally underdeveloped, emotionally maldeveloped and emotionally hyperdeveloped. And this emotional profile will give us greater capacity to understand everything from the diversity of human cultures to the exploitative practices of governments and transnational corporations. See 'Why Violence?' http://tinyurl.com/whyviolence and 'Fearless Psychology and Fearful Psychology: Principles and Practice' http://anitamckone.wordpress.com/articles-2/fearless-and-fearful-psychology/

If you wish to join the worldwide movement to end all violence, which fundamentally depends on not terrorising our children to suppress their emotional development, you can sign online 'The People's Charter to Create a Nonviolent World' http://thepeoplesnonviolencecharter.wordpress.com

In contrast to the philosopher Descartes: I feel, therefore I am.