A curious indent took place at a concert of South Korean ballad singer Li So Na. The singer was dissatisfied with her own performance, interrupted the show and said that all the spectators in the audience would have a refund for their tickets, Itar-Tass reports. 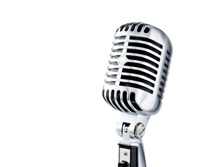 The singer said that she was in a bad shape to sing. “I don’t like the way I am singing tonight. It is a shame for to sing to my fans like that, and I can not be paid for this concert,” the singer said.

Many people in the audience said that they were enjoying the show, but the singer left the stage anyway. It is worthy of note that people in South Korea usually get a refund for their tickets in case a performer is unable to appear on stage for some reason or if a show is cancelled for technical reasons.

“Li So Na does not feel well tonight. She is very worried about what happened and she apologizes to the audience,” a spokesperson for the singer said.

Li So Na, 39, made her debut in 1991. She previously worked as a DJ at her personal radio show Li So Na Afternoon Discovery.