Man hangs himself in his bathroom over financial crisis in Moscow

A 55-year-old male Muscovite committed suicide when he realized that he would not be able to repay debts on his loans due to the current financial crisis. The man was found hanged in his own apartment, life.ru reports. 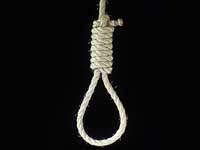 Man hangs himself in his bathroom over financial crisis in Moscow

A family of Muscovites decided to purchase new furniture and home appliances several months ago. The family raised a consumer loan in a bank for the purpose. The man did not have any problems paying the bills until the financial crisis occurred.

The US dollar strengthened against the ruble on the Russian currency market as a result of the crisis, which automatically increased the man’s credit payments. As a result, the monthly payments of the family exceeded its monthly income.

The man gave way to despair and turned out to be unable to fight his own depression, as his wife said.

The woman found her husband in the bathroom – the man had hung himself on his leather belt. He did not leave a death note, but the woman is certain that he had committed suicide over financial problems. The woman says that she does not know whether she could repay her husband’s debts alone.