Conceiving baby turns out to be extremely difficult and painstaking job

Unwanted pregnancy is a problem that causes the choice out of two evils. The lesser evil is to give birth to a child and live further with a guilt complex, because somewhere deep down you did not want the child you have. It, in its turn, can form another complex in your child – the complex of being useless. It is possible to avoid all these factors if a person decides not to have children until all material and other problems are settled. 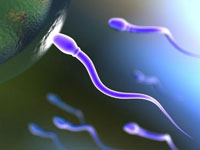 Conceiving baby turns out to be extremely difficult and painstaking job

However, when all goals are achieved and a married couple is ready to have a baby, it can turn out that conception is a very difficult, expensive and dangerous process.

There is a large number of health problems that can deprive family couples of the joy of parenthood. Low fertility can also be a reason of conception impossibility.

The process of sperm degradation can be widely traced nowadays. It can be caused by different reasons: STDs, bad ecology, harmful job, alcohol abuse, smoking, sporting accidents, tight jeans and ill-timed pills. Anyway, sperm has a tendency to worsen with the course of time. If a man wishes to be a fertile father, he is supposed to ejaculate about two milliliters of semen containing not less than 40 million sex cells.

Everything is much more difficult with women in comparison with men. It is generally believed that there are only two variants: women can be either fertile or infertile. Either an ovicell is developing or not. Either uterine tubes are passable or not. Different intermediate conditions are difficult to trace.

Age is one of the main factors affecting fertility. It is an open secret that young girls can get pregnant easily notwithstanding all precautions or, maybe, because of their inexperience. However, it often happens that a healthy family couple may not conceive a child for years in spite regular attempts.

Researchers found out that a woman may have problems with impregnation if she is too much addicted to the so-called kefir diet. Some women drink too much of kefir, and their PH shifts towards acid. The diet thus creates hostile environment for sperm in vagina.

Diets may seriously affect the fertility of both sexes. For example, the lack of zinc decreases sperm quality with men, whereas its additional doses may help a man to finally become a happy father. The lack of vitamins, vitamin E especially, can cause damage to sperm too. Fat burners, starvation diets, metabolism-affecting medications play a big role in the development of fertility.

Incompatibility is another serious problem. A woman’s body may produce antibodies to sperm at times. It is a purely biological phenomenon: a woman may love her man, but her body would reject his sperm.

In this case sperm does not pass through the cervix of the uterus. By the way, doctors use the analysis of mucus membrane from the cervix to determine the incompatibility.