A pretty little girl who lives deep in the heart of Latgaglia (Latvia) enjoys talking. She talks nonchalantly about her nightly travels across the Universe in an astral body. Her father is quick to make a request: “Please pay no attention to what she is talking about, she just loves making things up.” 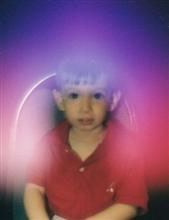 The father is not surprised to find out that his daughter has been aware of the notion of astral since she was five. He appreciates his child very much, though. He always uses a tip from the girl while repairing his old tractor. “I do not know how she does it but she is always in the know what is wrong with the machine,” says he. Well, the story looks familiar. There is another case of an indigo child, a phenomenon that has become pretty ordinary lately.

The year 2012 has special significance for the indigo children. According to predictions of the Maya, the so-called “Great Transition” will be taking place in 2012 after the Sun and Earth form a straight line pointing to the center of the Galaxy. The above position will trigger the demise of the 3-D model of the world. The earth dwellers will be given the opportunity to live in a 4-D world. But the offer applies only to those whose mind has expanded to an essentially new level - the indigo children.

Take a closer look at your offspring. Researchers claim that 95% of children born after 1994 are the indigo children. The fascinating adjective derives from the color of an aura around their bodies. The internal organs of these children have different functions, their immune systems is several times stronger than that of an average person. The children also have a different kind of DNA, a mutation kind. In other words, as regards the changes in DNA, millions of residents of planet Earth are not humans. A race of new beings is slowly but surely climbing the stage.

You might as well be an indigo boy or girl because the indigo phenomenon started at the beginning of the 1990s. But you can not conjure up a miracle or two or see through the walls. It is okay since miracles do not feed the indigo powers. The people endowed with the gift for indigo are smart in a special practical way. They may recall how they handpicked their parents long before the latter conceived them. They may start teaching their parents some simple biblical truths like why you should worry about money for you are always going to have as much money as you need if you stop thinking about it. The children of the new race aim at reaching out to spiritual heights.

The indigo children may go wild like reckless thugs or behave like quiet angel-like creatures. One thing is clear. Their psychological characteristics and behavioral patters are new and unusual. Therefore, new methods of education should be developed and applied. You can not just ignore the needs of the new generation otherwise precious little creatures will suffer from mental instability and disturbed thinking. You should bear in mind that they are the pioneers who kicked off a new era and therefore they need our support.

A well-known mystic Drunwalo Melhisedek maintains that a DNA mutation in the modern children has been caused by a specific reaction generated by our emotional and mental bodies. It is the reaction of a wavelike variety irradiated by our body. The new life-saving information lies in the subconscious of our planet. In other words, it is available to everybody. The spreading of the indigo is an amazing phenomenon occurring right before our eyes. Anybody who is aware of the impact of mental power can follow the road signs made by the indigo children. The ancient prophesy about children leading humankind to salvation is coming true.

Full immunity against the diseases will be one of the “side effects” caused by miraculous changes. All in all, the day when every child will be a child prodigy is near.